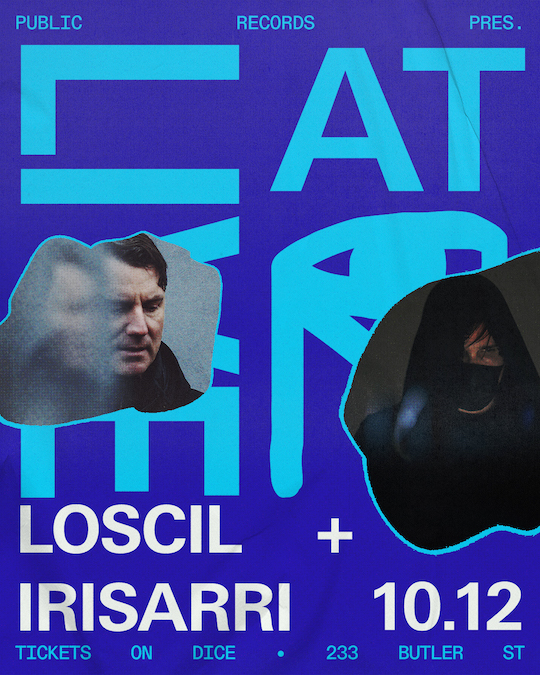 LOSCIL is the electronic music project of Canadian composer and multimedia artist Scott Morgan. For over 20 years, Morgan has built a robust catalog of work under the LOSCIL moniker, loosely spanning the genres of ambient, classical and electroacoustic music. Since 2001, the vast majority of LOSCIL’s albums, including the 2021 LP, Clara, have been released on the esteemed American imprint, Kranky. Alongside keystone editions for Kranky such as Plume, Endless Falls, Sea Island and Monument Builders, Morgan has also produced numerous special projects, remixes and collaborations with other labels such as Ghostly International and Glacial Movements and artists including Ryuichi Sakamoto, Murcof/Vanessa Wagner, bvdub, Sarah Neufeld, Daniel Bejar, Rachel Grimes and Lawrence English. After meeting at the Banff Centre in 2014, Morgan started the duo High Plains with Madison-basedcellist Mark Bridges, releasing their debut album, Cinderland, on Kranky in 2017.

Morgan has composed for film and television and licensed music to bold documentaries, including The Corporation, Scared Sacred, Damnation, Enlighten Us, Abandoned and The Marshall Projects’s award winning series We Are Witnesses.

Morgan’s bespoke music and video can be found supporting contemporary dance productions, including works by choreographers Damien Jalet from Belgium andVanessa Goodman from Vancouver. 2022’s self-released double-albumThe Sails, features nearly 2hours of work from over 8 years of collaborations with dancers and choreographers. Applying his 10 years of experience in game audio, Morgan has created music for games and interactive multimedia projects includingHundreds, Osmos, Lifelike And his own generative music application ADRIFT released in 2015.

Irisarri’s compositions field an array of modern ambient overtones threaded through oceanic symphonies with tape loops, bowed electric guitar and vast washes of overdriven sound. His most recent album for Dais Records, Peripeteia, portray these common themes giving way to metal and classical influences that emphasizes irisarri’s melancholic tendencies. These unique overtures, coupled with his signature layering of distortion and bleached-out textures, fabricate an audible environment that would seemingly be at odds with, yet gracefully complement each other.

Over the years, Irisarri’s sonic fingerprints are audible in much of the past decade’s most vital ambient music and beyond. Alongside his own influential records, he’s collaborated with dozens of artists, including Julianna Barwick, Steve Hauschildt, Benoît Pioulard, and Leandro Fresco. His sound studio, Black Knoll, is credited on releases from a veritable who’s who of left-field electronica, modern classical and ambient-adjacent music – from Ryuichi Sakamoto, William Basinski and Grouper to Telefon Tel Aviv, Loscil and Eluvium.