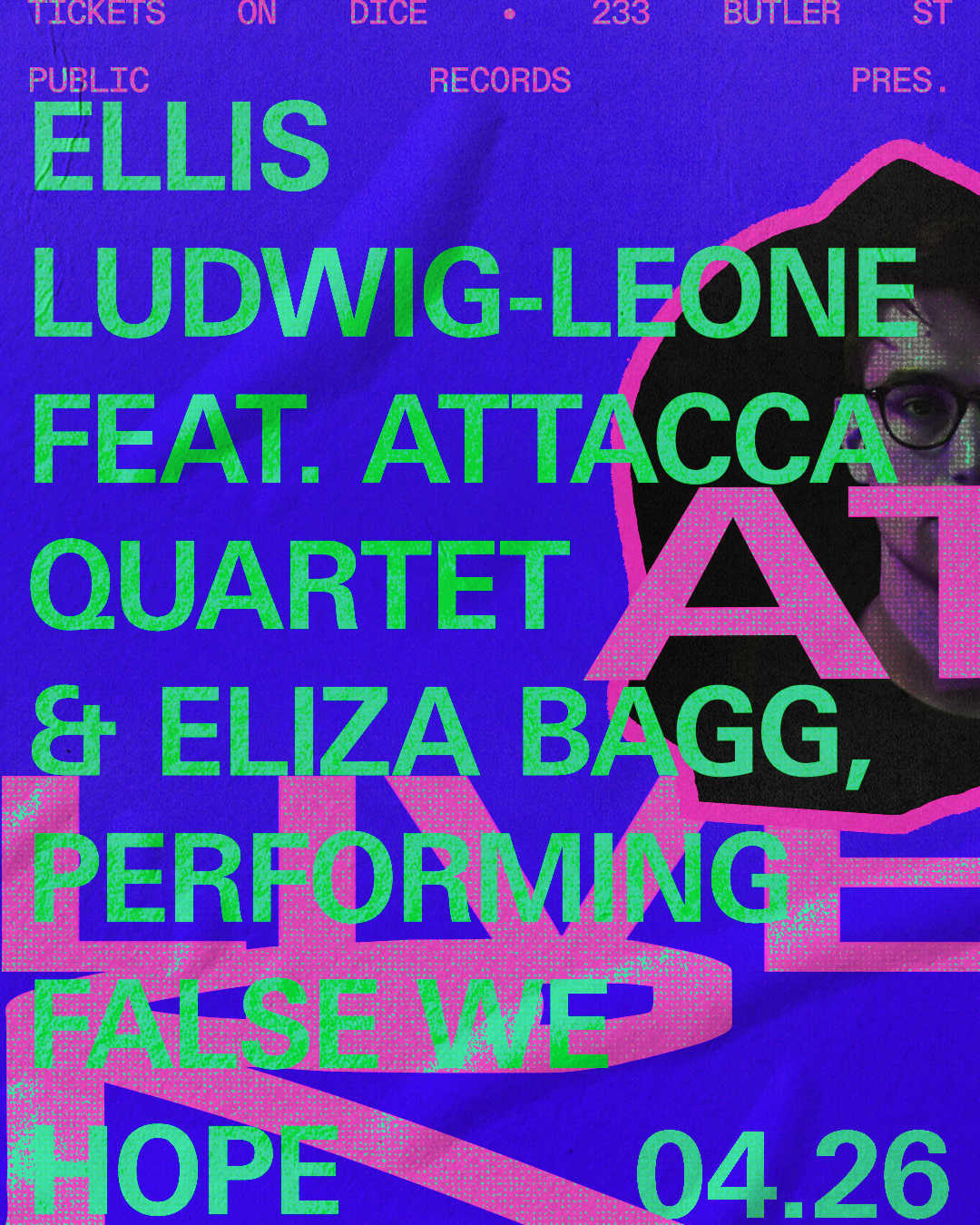 04/26/2023 - 7:30 pm - Sound Room
Ellis Ludwig-Leone feat. Attacca Quartet & Eliza Bagg, performing False We Hope with special guest Darian Donovan Thomas
False We Hope, the first album of concert works by composer Ellis Ludwig-Leone, is an attempt for ritual and connection in the face of cosmic indifference and the white noise of isolation.
TICKETS

False We Hope is the first album of concert works by composer Ellis Ludwig-Leone. Performed by the Grammy-winning Attacca Quartet and vocalist Eliza Bagg (Roomful of Teeth), with Ludwig-Leone on piano and synthesizer, its movements flicker through themes of hope and loss, connection and isolation: a prayer book for the nonbeliever. Featuring a libretto by MacArthur recipient and Pulitzer finalist Karen Russell (Swamplandia!) and poet Carey McHugh, False We Hope is an attempt for ritual and connection in the face of cosmic indifference and the white noise of isolation.

Comprised of two larger works: the song cycle False We Hope and the string quartet Speech after the Removal of the Larynx, the album’s musical and narrative elements echo back and forth like a seance, mirroring the human desire for connection and the gnarled, sometimes terrifying response of the presence on the other side. For Ludwig-Leone, known as the creative force behind celebrated indie band San Fermin, False We Hope is both an expansion and departure from the aesthetic and musical language that launched him to success as a bandleader. The music on False We Hope was written in solitude, in a moment of disquiet and fear. This new community of collaborators, assembled to bring the deeply relevant themes of these works to life, unflinchingly presents an expression of hope in an uncertain world.