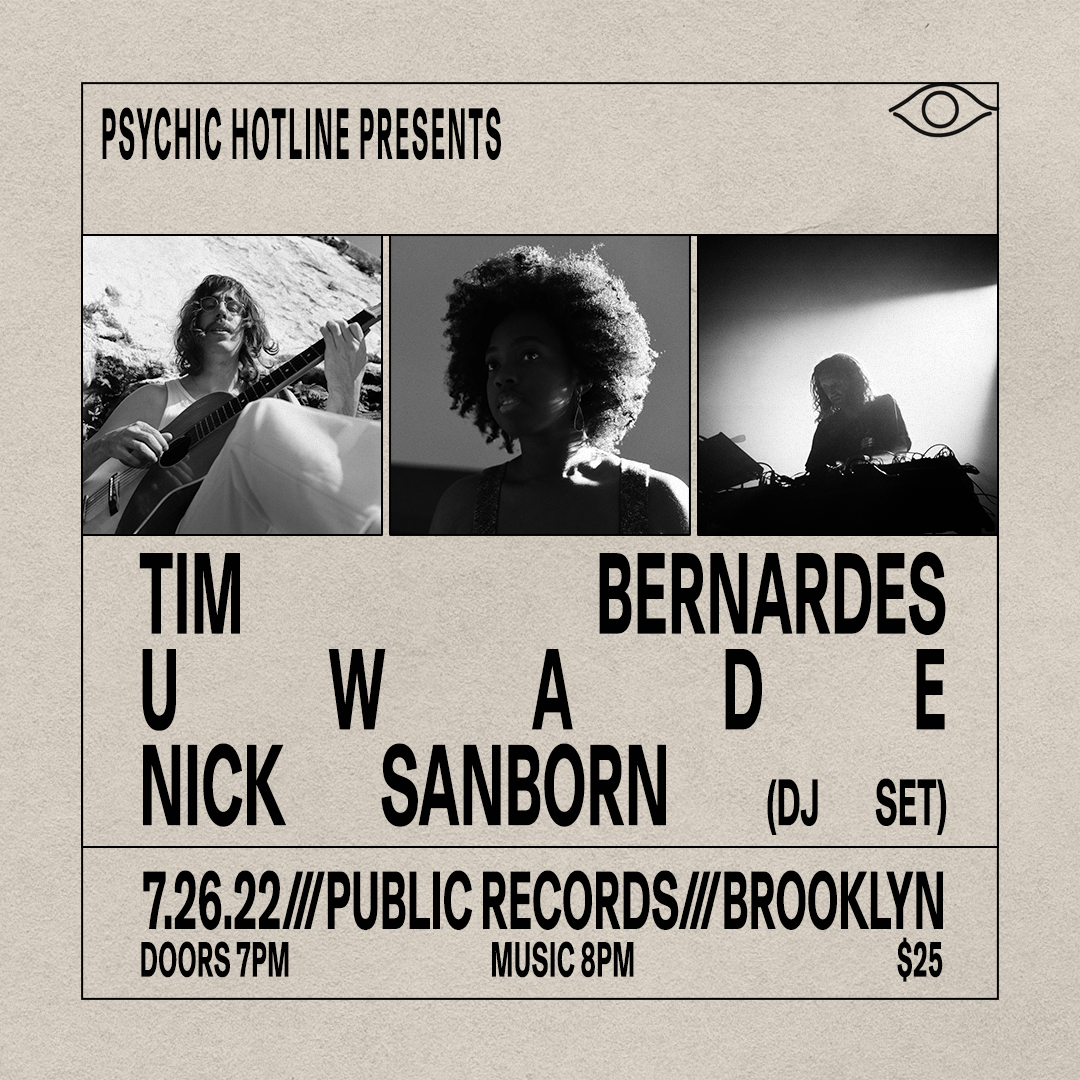 Tim Bernardes is a Latin Grammy nominated singer, songwriter, musician, composer, and producer. The São Paulo-based artist has also collaborated with Fleet Foxes, Tom Zé, David Byrne, Gal Costa, Devendra Banhart, Shintaro Sakamoto, and more. Bernardes has emerged as one of Brazil’s most profound musical talents of his generation, a contemporary artist with deep roots in Brazil’s verdant musical heritage. His long-awaited second album, the enveloping and expansive Mil Coisas Invisíveis (A Thousand Invisible Things) is out June 14th via Psychic Hotline. The work connects the cosmic dots from Tropicalia and samba to contemporary indie and folk; it’s a generous and intimate moment, meditations of metaphysical transformation in the face of grave uncertainty.

It’s Uwade’s voice you hear opening Fleet Foxes’ 2020 record Shore; you may also be familiar with her singles “Nostalgia” and “The Man Who Sees Tomorrow,” or her most recent release, “Do You See the Light Around Me?” For Uwade, singing is prayer. This stems, in part, to her spiritual upbringing. Born in Nigeria, she was raised as an only child in North Carolina, steeped in the sounds of hymnal choral music and Fela Kuti. Her mother owns a hair braiding salon and she credits her father with teaching her to sing. Her voice is something that lives outside of time, ancient and altogether new, equally at home in the dive bars of folk and rock songs as in the sublime texts of wine-dark seas.

Nick Sanborn is a Grammy-nominated multi-instrumentalist, songwriter, and producer based in Durham, NC. He’s best known for his work as half of the electronic duo Sylvan Esso, and for his solo work under the moniker Made of Oak. His producing credits include acclaimed releases from Mountain Man, Flock of Dimes, Daughter of Swords, and more. He is a co-founder of both the artist-forward Psychic Hotline label as well as Betty’s, a recording studio based in Chapel Hill, NC.