Get Primed for Om Unit

Ten essential by the English DJ/Producer.

Ahead of his Sound Room takeover w/ Akanbi, we selected ten essential, must-know Om Unit tracks as a primer. As a producer and DJ, Jim Coles has been a pioneering presence in various electronic music circles for the past decade. The English producer has sought to challenge himself and his audience by distilling various influences — hip-hop, dubstep, ambient, jungle, footwork, techno and more — into a fluid take on sound system culture that sidesteps the pitfalls of genres and pastiche and creates new potentials for exploration and inspiration. Discover the essential tracks via the PR Spotify + read Coles’ track-by-track career retrospective below: 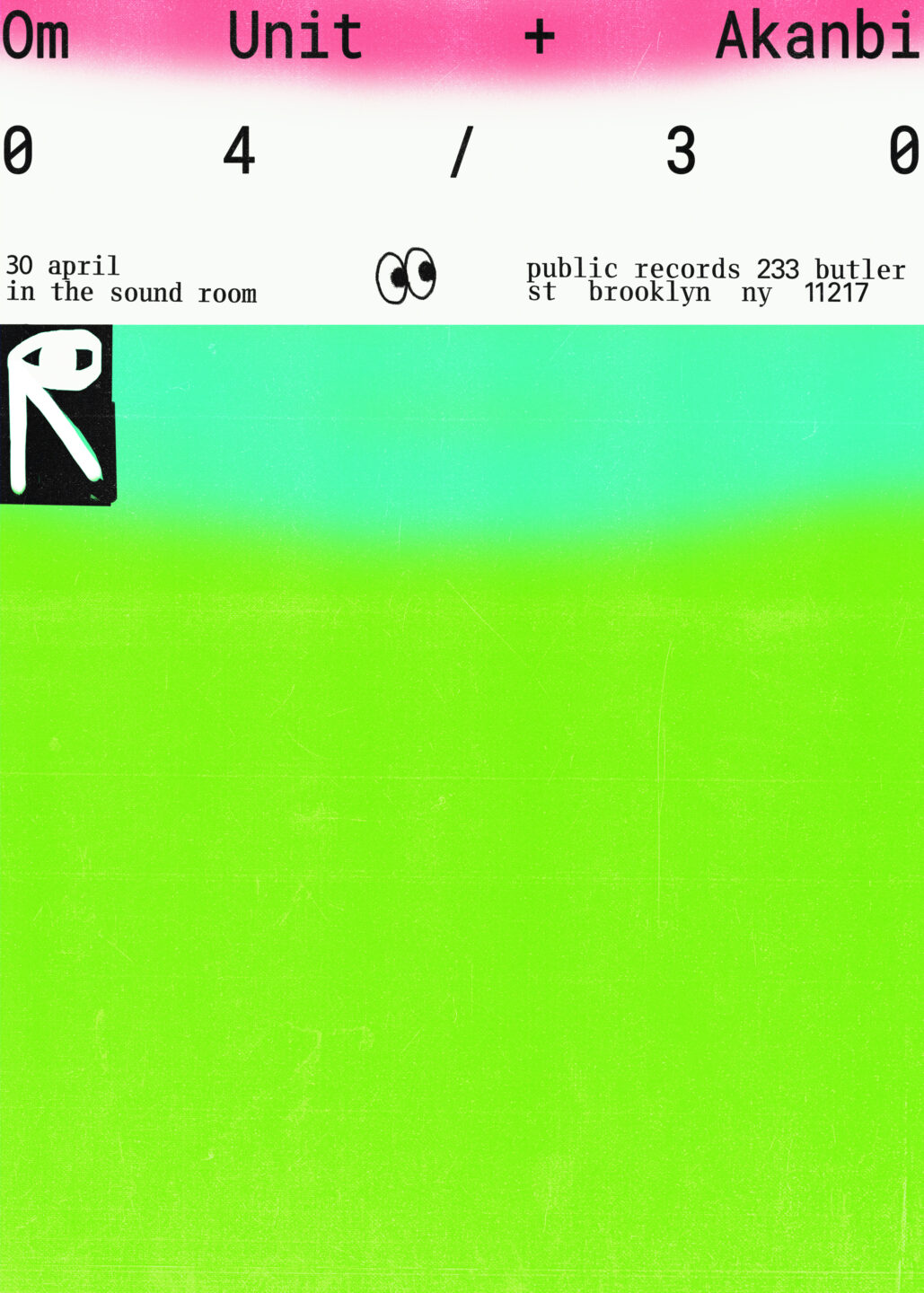 Blast from the past this one – this was an experiment I made whilst working with noise FX and listening to a lot of Detroit techno back in about 2009 or so. It was very cool that Pinch picked it up because honestly I felt it was a sketch – he played it on heavy rotation at the time I seem to remember!

Long time Martyn fan, since the days of the so called ‘post dubstep’ era. Once he played after me at Corsica Studios in London and I thought I’d try to be cool and play a couple of vinyl records to finish when he came into the booth…I pulled out some masters at work and clanged the shit out of the mix because I was really in digital mode lol! I assume he forgot about that because he asked me to collab for 3024 and I was very pleased to step up for that…

Footwork has always been somewhere at the centre of my Om Unit and Philip D Kick works (PDK more so obviously) and since hearing Mike Paradinas DJ’ing back in around 2010 I was really taken with the sound. Spiritwerk is really a blending rhythm track for the 160bpm range for people who mix up jungle with footwork. It has been battered by the likes of Sherelle and LCY over the years and I still pull out even more fiery Loxy and Resound remixes from time to time.

Electro has always featured in my repertoire in there somewhere I feel, and in my DJ Sets when I can get away with it too. This is my take on a fast broken electroid style. I have no idea what genre you might call it, but that’s kinda where I feel most comfortable.

This originally had a vocal sample from Electrifying Mojo talking about ‘turning the page’ but I opted not to be so appropriative as to steal that man’s words for personal gain, because he really is so special to so many people and it felt somewhat sacrilegious. This is kinda my uptempo take on a Detroit record, something like a laid back Jit number in a way, but from a UK perspective. I love all that midwest stuff so much that it leaks out a lot in what I do generally.

Alright well, simple as footwork rhythms meets deep dubstep. I was the first to merge this stuff. Fact – this was made in 2012! I played this in the US over that summer and people did not know what to do with themselves. Too future! haha

Heavy basic channel inspiration. This is all made from one single chord sample just blasted through a few hardware FX with some modulation – I like how it creates these kinda jungle rhythms but there’s more chaos and lack of straight form than your average track.. it’s ambient but still has movement. Defo inspired some of my favourite recent dark/dirty ambient records like Evan Caminiti/Jake Muir as well.

Fun fact, Deadbeat wanted to sign ‘Acid Dub Studies’ to BLKRTZ but I said no.. almost against my better judgment, but it worked out well for me in the end thanks to the support of fans and dub heads who actually snapped it up and that LP became by best selling record of all time!

The Midnight shift project that this is taken from, was formed out of a conversation we had off the back of ‘Studies’ whereby Scott (Deadbeat) hooked us up with the Kavan the legend at Midnight Shift, and after much studio fun we came up with ‘Root, Stalk, Leaf, and Bloom’ which again has done really well. I love that it’s hard to pin down.. Dub Techno? Maybe?

Mahakala is an old-world deity who essentially represents the ruthlessness of time, and in Buddhism the protector of the Dharma. I created this project to release 3 12″s only as a final farewell to fans of my Jungle/Dnb stuff I had done previously with labels like Metalheadz. Time doesn’t care and life has to keep moving. Each 12″ has a heat stamped logo in them that I did myself by hand one-by-one.

This is my favourite track from ‘Acid Dub Studies’ – An album that ‘does what it says on the tin’ – I was absolutely fascinated with the sound of the 303 for years and wanted to try and present it in a different context than perhaps people might be familiar with. Having really fallen in love with dub techniques after years of quite rigid studio working practice, this album was a real breath of fresh air for me, and I think ‘Treading Earth’ is one of the better ones.