COLBO: A chat with Tal

Public Records friend Tal Silberstein gives us the scoop on his new residency.

Tal Silberstein [who worked with PR from the early days in Spring 2019] returned to the Sound Room for his new residency, COLBO. Opening in late 2021, the multidisciplinary retail space of the same name has become a hub for fashion, art, culture and music in the Lower East Side. Expect the same inimitable atmosphere as Tal invites two of Vancouver’s best, LNS and D. Tiffany, to join him for a vinyl heavy set of offbeat rarities and late night jams. We caught up with Tal to rehash his PR history, chat about Colbo, and get the inside scoop on what to expect on Friday. 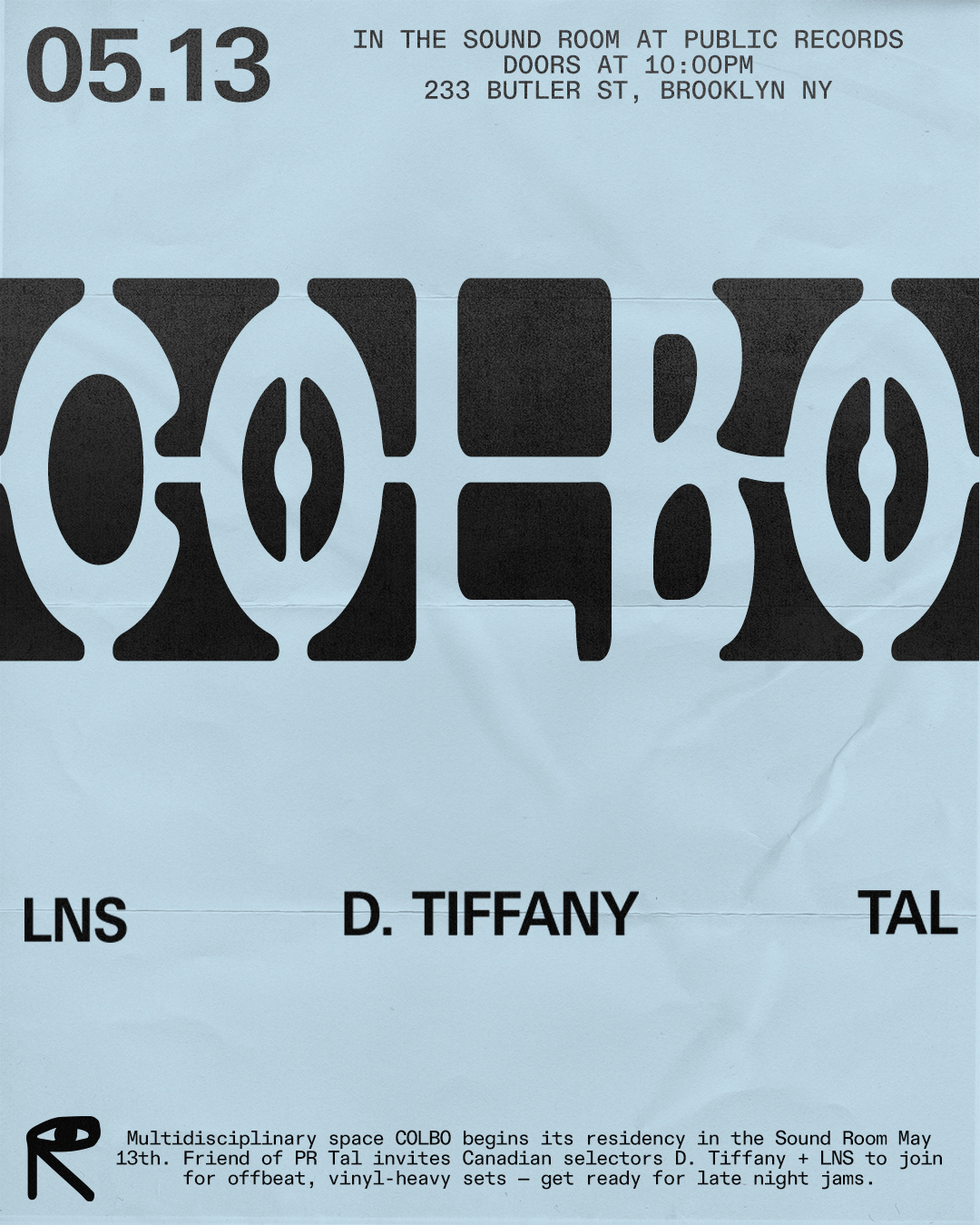 Give us the rundown on your past + ongoing relationship with Public Records.

I was working with Public Records from the very early days in Spring 2019, launching and managing ‘the store’ and PR’s overall daytime environment. Later on, I was also managing the bar DJ booking, assisting on curation, and even had some Sound Room management time. When pandemic hit – I helped launch and operate PRTV, and got hard on the PR merch featuring Shane’s designs which were a big hit, and went on for a while, with expanding into bigger items and collaborations like with Adish, Chandelier Creative, and more. As of now, I’m working on some special upcoming clothing related projects with PR, which you will find out about soon enough 😉

Your guests D. Tiffany and LNS both are now based in Berlin but originally hail from Vancouver. You mentioned an obsession with Canadian DJs and sounds, tell us about that.

I’ve been very attracted to the Canadian music sounds, atmosphere and energy since as early as 2014. My first booking in Tel Aviv was Pender Street Steppers in 2015, carried all their records in my store there, and always tried to engage as much as possible with the whole Vancouver/Montreal scenes. It’s a feeling their music has that I can’t really explain. It’s atmospheric, serene, thoughtful and has a very easy going and mellow vibe that I relate to and don’t get in many other places.

What can we look forward to hearing on the dance floor Friday?

I’d say from myself as the opener, anything from the spoken of Canadian house, timeless classics, and deep emotional cuts. And knowing LNS + D. Tiffany, it’ll go into trance and electro-forward club music as it gets later in the night.