A Word with Caleb Giles

Ahead of his Sound Room debut, we sat down with Bronx-native Caleb Giles, the rapper, multi-instrumentalist and songwriter, who looks to his home borough for inspiration and drive.

Two of New York’s rising rappers and originators, Caleb Giles and AJRadico, take the stage Wed 7.13. We got the chance to chat with Caleb Giles ahead of his Sound Room debut. Reflecting with immediacy on his surroundings, his lyrics tackle the battles of everyday life with deft maturity and powerful vulnerability. Focused, attentive, unapologetic, Giles’ sound reverberates with authenticity. Giles gave us the scoop on his latest single, production process, and influences in the scene. Tap in below. 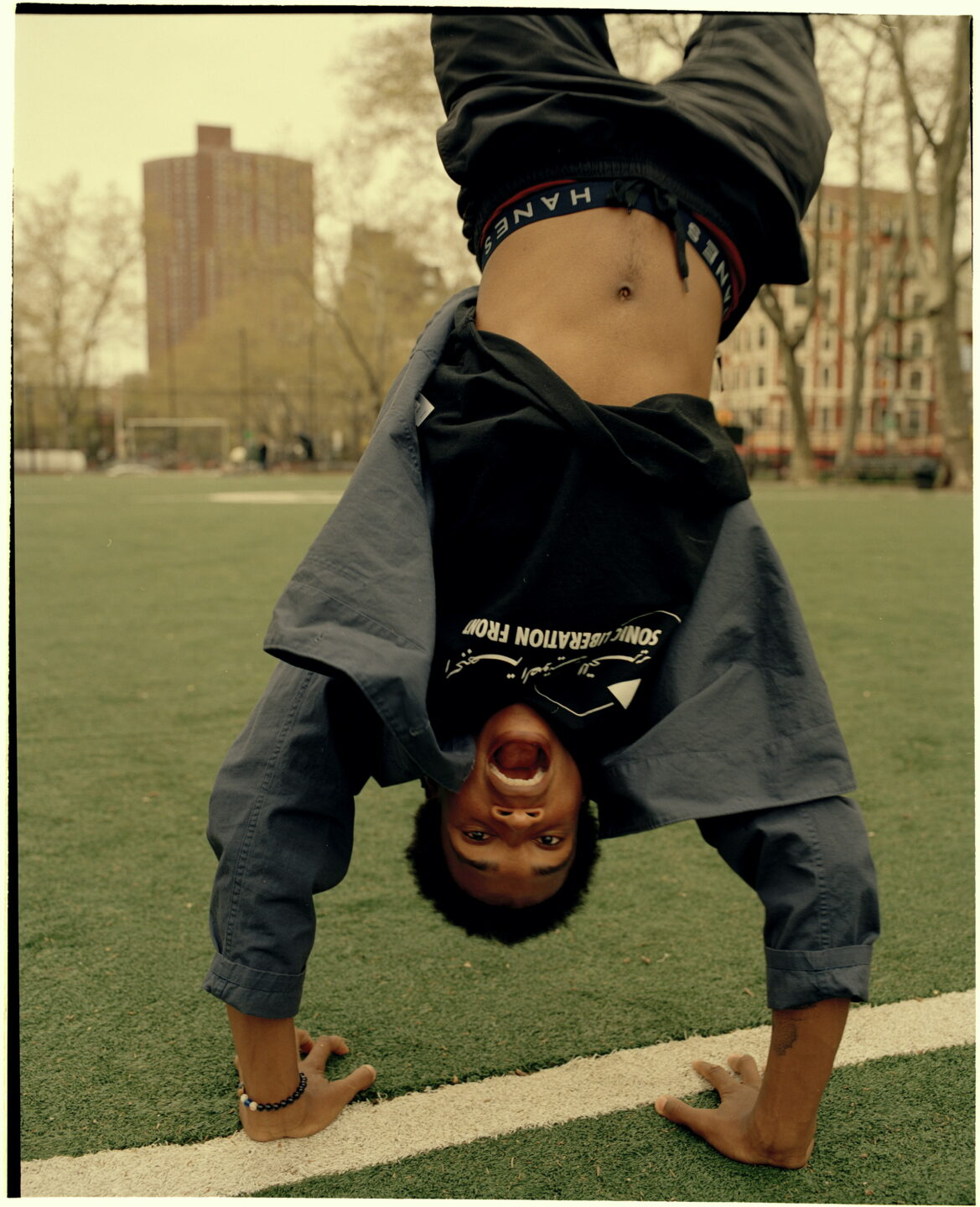 Your latest single, “Siren Song,” feels a lot like a ballad at the outset, but takes us on a bit of a journey as the tempo and music shift several times before devolving to the sound of police sirens at the song’s end. It’s hard to pin down what this song is about – is this a love song or something else?

I wrote the music to “Siren Song” in October 2020 right after “Meditations” came out. The lyrics took a long, long time to manifest. The song is about being haunted by loss and being unable to let go, until eventually at the end I learn to let go and decide to move forward. We’ve experienced a lot of loss globally these last few years and this song was me putting some of my loss into a bottle. A siren, I feel, is an apt way to describe a haunting because especially in New York they’re everywhere in the air. Sirens haunt the people in the neighborhoods within the city.

What’s your production process like – do you typically make this music alone or do you like to collaborate with other musicians?

Before 2020, yeah, I would go to the studio with an artist or artists and just throw paint on the wall. When I write albums though I always have a vision of what needs to happen in a session so I’ll go in with charts or a theme or just words sometimes- something to spark the imagination for somebody else. Since 2020 though, getting in sessions has been difficult. Lately I’ve been working alone in my studio but I plan to get back in the room with other people throughout this year.

Tell us about your current band. Who is playing with you and how did you link up?

The Caleb Giles Soundsystem is my live band that I feel really proud of. In its current iteration we have Jack Nolan, Olu Odubiro, Clerida Eltimé & Hanri. I’ve known Jack for years playing with Standing On The Corner when it was still Children Of The Corner. Olu and Clerida I met as well working with SOTC. And I met Hanri in Chicago while on tour in 2019.

At Public Records, you’ll be sharing a bill with another NYC artist and producer, Queens native, AJRadico. Have you guys shared a stage or performed together before?

This will be mine and AJ’s first time sharing a bill together actually. The two of us went to high school together and were film majors together. I remember finding out he made music and this n**** had downloaded Ableton on to the school computer. He would be making beats all the time in class and I would just sit right next to him and freestyle the whole class period. It’ll be cool to reconnect as adults in this way.

We first were introduced to your music through another great NYC artist and performer, duendita, who is a fan of your music. Who are some of your favorite local NYC acts these days?

duendita is an extremely dear friend of mine, I’m definitely also a big fan of her work as well. Locally I love what the homie Buz is doing, Cleo Reed is always doing some inspiring stuff. MTM Isaiah is definitely unique as well. Nick Hakim, dreamcrusher, Tomin El Chupaflor – these are all artists who inspire me.