A Chat with Nikki Nair + Equiss

"Fog juice, smoke, sweat, and a bit of lavender." The pair answered some questions from PR's Amelia Holt.

This Saturday 8.06 [11PM] Nikki Nair + EQUISS are behind the decks in the Sound Room. Hailing from Atlanta by way of Tennesse, Nikki Nair has become synonymous with left of center breakbeat and electro with a rhythm and intensity unmatched by few. In his debut appearance at Public Records, expect a whirlwind of broken beat psychedelic science into the late hours. Setting the stage is New York’s own EQUISS, whose singularly dizzying sets span from 2 step and footwork to jersey club and beyond, feeling appropriate for the moment. The pair answered a few questions from PR’s Amelia Holt —read below and lock in for an all-night affair of dancefloor heaters. 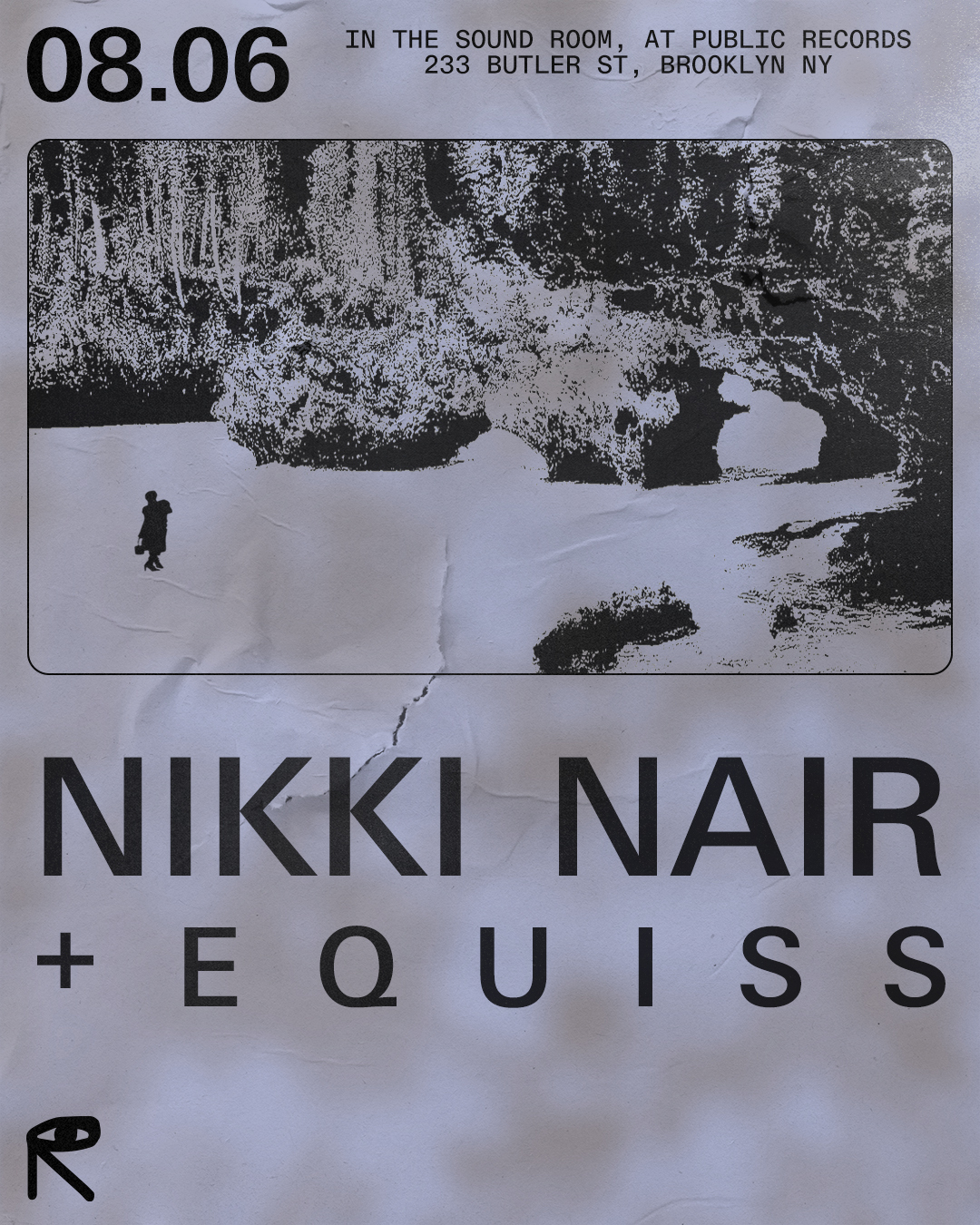 What have you been up to lately? Nikki, I saw you released a single, eyes on you, what else do you have coming up?

What can people expect in The Sound Room this Saturday ?

Nikki Nair: Weird dance music… I’ve heard the sound system in there before and have a bunch of specific music that I really want to hear in there so I will probably play that stuff.

EQUISS: You can expect focused & concise bass heavy tracks of all kinds.

What are your top three tracks you have been listening to this week?

Nikki Nair: I’ve just been working on music this week so it’s just been tracks I’ve worked on.

If you could pair your sound to a scent what would it smell like?

EQUISS: I would compared my sound to eucalyptus!!