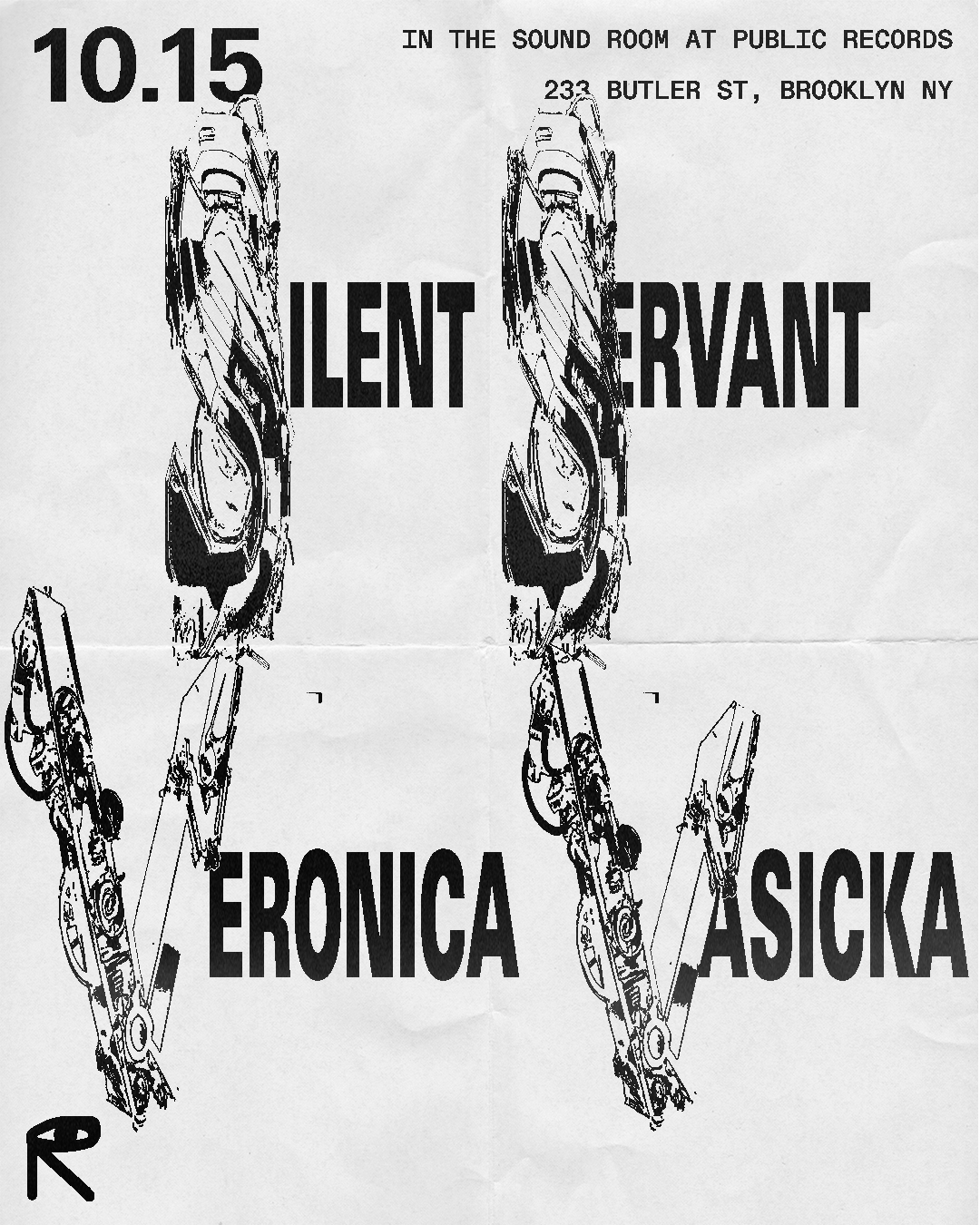 First up it’s the co-founder of East Village Radio, founder of 80’s synth-focused reissue label Minimal Wave, and founder of new synth label Cititrax, the photographer, musician, and DJ, Veronica Vasicka. With her keen ear for hidden gems that fall somewhere between the Cold Wave, Post-Punk, Industrial and Synth-pop, Vasicka’s story-tellng sets range from raw, danceable industrial electronic to cold wave fused with mutant house and underground techno. Heading the night is Silent Servant, the primary pseudonym of California electronic artist Juan Mendez. With a mile-long history, stretching to the mid-’90s, Mendez has lived multiple lives in the techno scene. Originally producing as Jasper and running the experimental techno label Cytrax, he went on in the late nineties to befriend techno giant Regis [of whose Sandwell District collective he became associated with] and developed the Silent Servant sound; an experimental, industrial-influenced style of techno. His live sets are another matter of inventiveness. The superfluous eliminated, Silent Servant has, for years, been rewiring the minds and moving the bodies of those seeking the most meaningful and potent energies that electronic music has to offer.