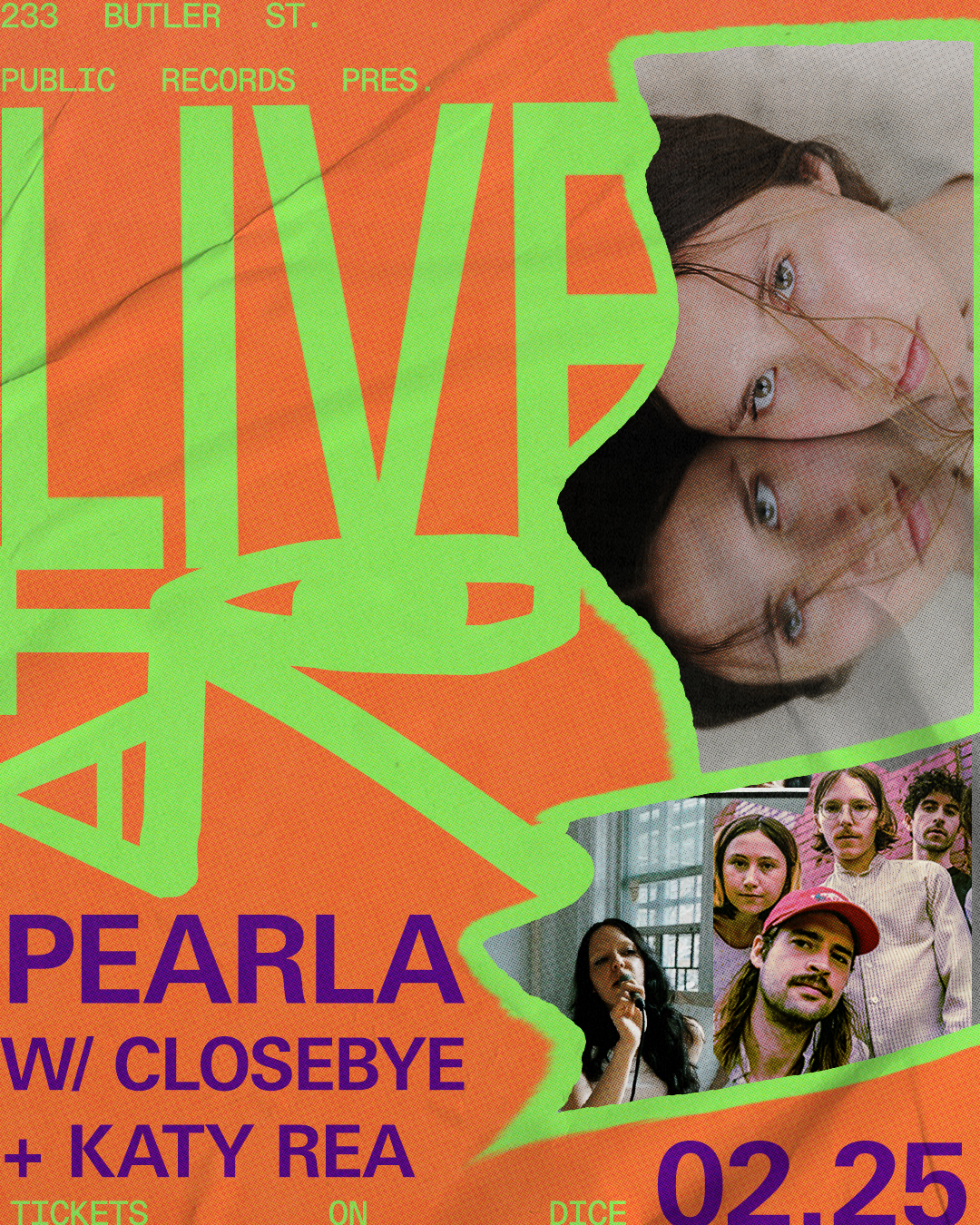 Pearla’s music radiates with indiscriminate awe. Whether it’s the befuddling depths of nature or the profoundly strange spark of a dreaming mind—she takes it all as equal magic. Her debut album is populated by eccentric creatures and quixotic scenes, her takes on mortality, intimacy, and personal freeness glowing with an air of mystique. Oh Glistening Onion, The Nighttime Is Coming is a world unto itself. The album will be released February 10, 2023, on Spacebomb Records, and has already nabbed endorsements from tastemakers including NPR All Songs Considered, Paste’s Best New Songs, Under The Radar’s 23 for 2023, Consequence, Brooklyn Vegan’s Favorite Songs, Rough Trade On The Rise, KCRW and more.

Katy Rea’s debut album, The Urge That Saves You was recorded entirely live. The empath rock, hook- filled record provides plenty to cling to all while splitting off into cinematic, dark psychedelia. The seamless shifts transpire masterfully, a unique mark of Rea’s talents. Her lead vocal is intense, melodic, and endlessly dynamic. This coupled with the touching restraint of the talented musicians joining her who’ve played with the likes of Angel Olsen, Fleet Foxes, Widowspeak, and more makes for a timeless collection of what Rea calls “premonitions, prayers, and warnings. It is with well-earned pride that she celebrates the completion of this record. Moving forward, she is inspired to continue engineering and producing future albums on her own. In ways, The Urge That Saves You sounds to Rea like a Katy who was meeting herself for the first time.for 2023, Consequence, Brooklyn Vegan’s Favorite Songs, Rough Trade On The Rise, KCRW and more.

Both born in Dallas, Texas in 1997 to respective Smith families, singer-songwriter Jonah Paul Smith and guitarist Julian Paint Smith met in elementary school. An organic orange juice debacle at Booker T. Washington High School for Performing and Visual Arts’ cafeteria cemented their partnership. In 2016, the two enrolled at The New School and moved to New York City. They formed a band and released the EP “Boring the Camera” under the name Pueblo in 2017. Through their collegiate years, the band developed an idiosyncratic folk-rock sound, combining elements of Elliot Smith’s baroque-pop songcraft, Aimee Man’s irreverent adult contemporary, and The Dandy Warhols’ lighthearted, college rock singalongs. Attending Jazz Studies and English Literature courses by day, the band played shows across NYC, headlining venues like Elsewhere and Baby’s All Right, sharing the stage with rising indie contemporaries like Ritt Momney, Wallice, Mamalarky, and Toledo.