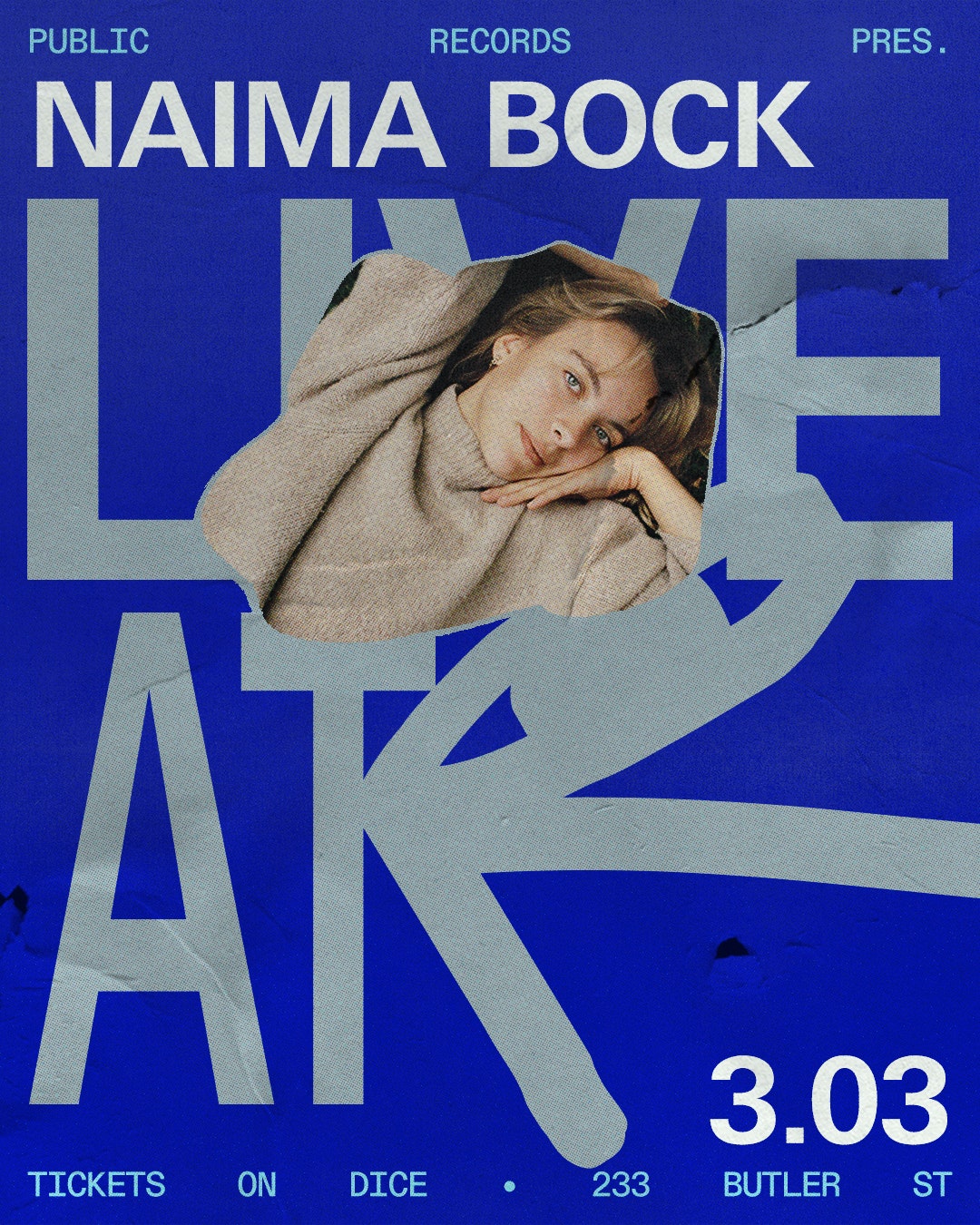 03/03/2023 - 7:00 pm - Sound Room
Naima Bock
Born in Glastonbury to a Brazilian father and a Greek mother, Naima’s music draws from family, the earth and the handing down of music through generations.
TICKETS

Born in Glastonbury to a Brazilian father and a Greek mother, Naima spent her early childhood in Brazil before eventually returning to England and various homes in South-East London. This heritage combines with more recent pursuits in Naima’s music; from the Brazilian standards that the family would listen to driving to the beach, to the European folk traditions she tapped into on her own, and the pursuits that interest her today – studies in archaeology, work as a gardener, and walking the world’s great trails – Naima’s music draws from family, the earth and the handing down of music through generations. At 15, she and a group of friends started her first band Goat Girl. After six years of touring the world and playing bass in the band, Naima felt like it was the right time to leave, desiring a change in musical direction. This change has led Naima to her debut album, Giant Palm, released by Sub Pop/Memorials of Distinction in 2022. The album’s production and arrangements were crafted with collaborator Joel Burton.