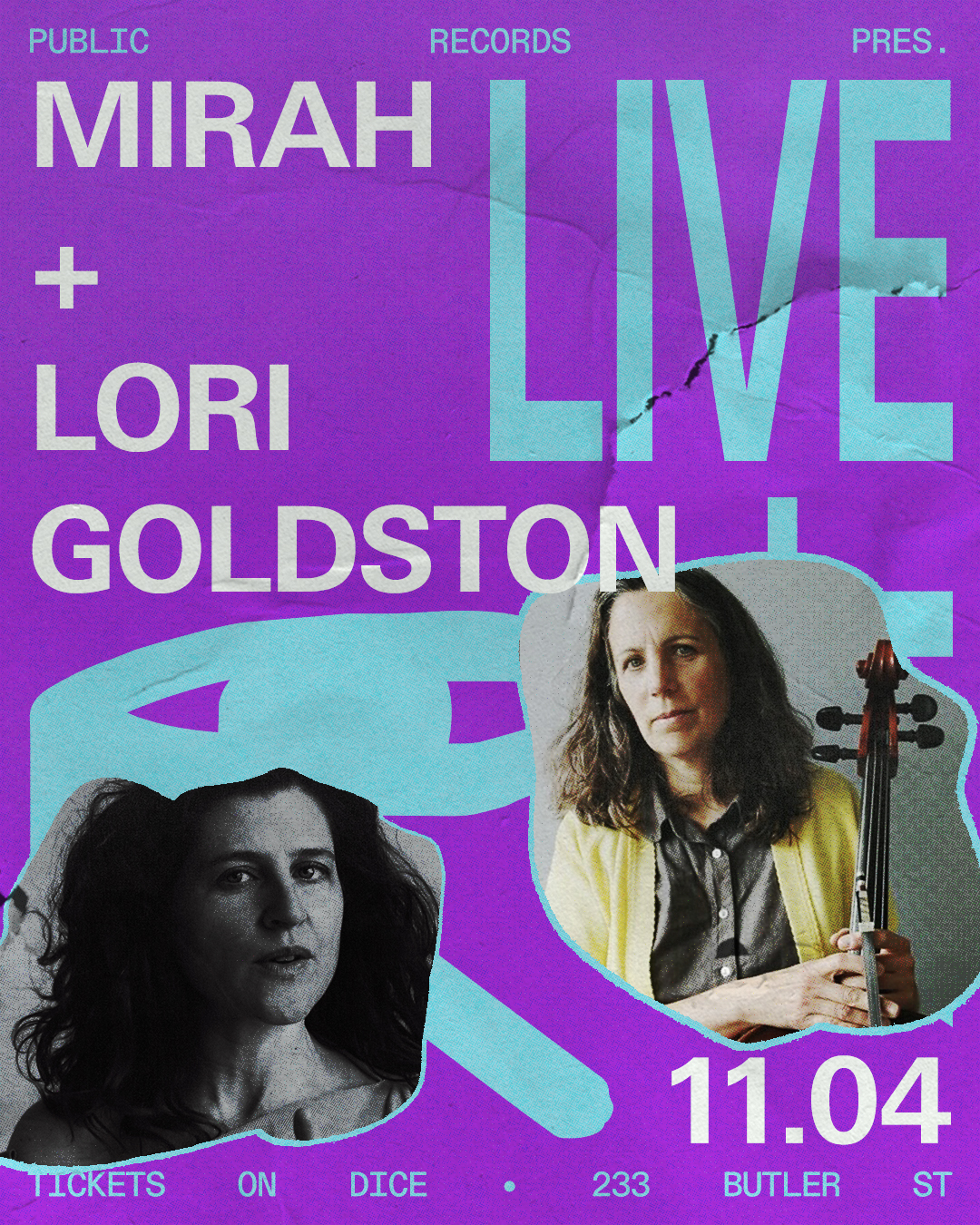 11/04/2022 - 7:00 pm - Sound Room
Mirah + Lori Goldston
An evening that puts the spotlight on the beauty and complexity of Americana and folk music, guided by two leaders in the contemporary scene.
TICKETS

Mirah Yom Tov Zeitlyn lives in Brooklyn, New York, where she works as a song writer, performer, producer and mom.  In a constant dedication to expanding her tender repertoire of American folk songs into a larger context, her recordings seek to find the magical amity between explorative percussion, orchestral sounds and elements of rock and popular music.

Since starting out in the late 1990’s, she has released over a dozen solo and collaborative recordings on various independent labels including K Records, Kill Rock Stars, Absolute Magnitude Recordings, Double Double Whammy and 7e.p., and toured solo and with countless iterations of her own band in concert halls, music clubs and punk basements all across North America, Japan and Europe.

Recent releases include 2018’s ‘Understanding’ and 2020’s 20th anniversary reissue of her first full length record ‘You Think It’s Like This But Really It’s Like This’. The deluxe double LP features a full covers record with contributions from over 20 artists including Mal Blum, Y La Bamba, Palehound, Mount Eerie and Flock of Dimes.

Mirah has dedicated her creative process to investigating the complicated intersections within communities large and small, believing that with deeper understanding of each other, the seeds of a more generous and less violent world are planted.

Lori Goldston plays acoustic and amplified cello, solo and in collaboration across a wide range of genres and situations. Her voice as a cellist is deeply textured and original, the evidence of a restless curiosity and decades of work in folk, European Classical and early music, jazz, metal, punk, psych, free improvisation, and idioms from around the world.

Her most recent solo album, High and Low, will be released October 7, 2022 by Sofaburn Records.