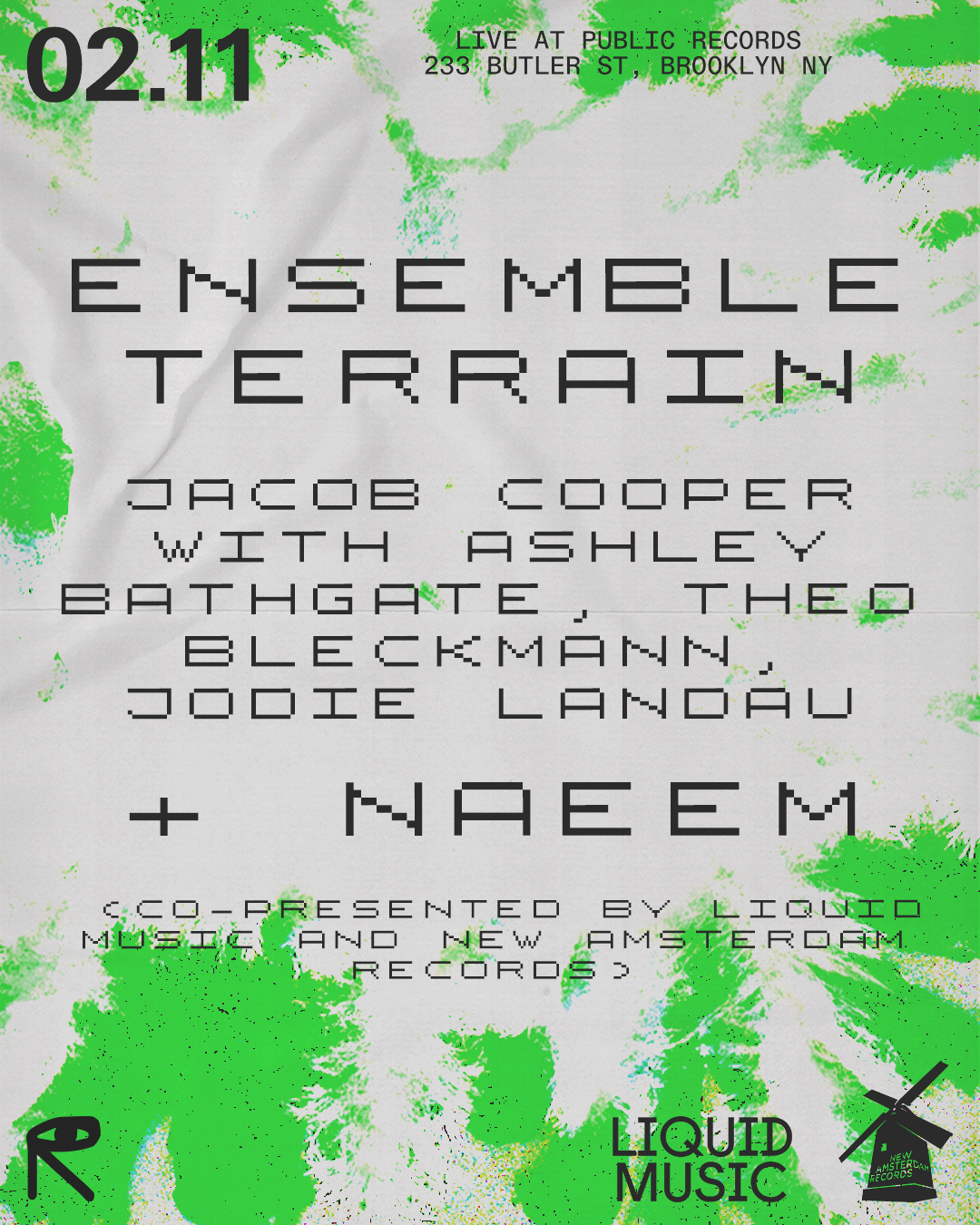 Richly talented” (The New York Times) electro-acoustic composer Jacob Cooper and Ensemble Terrain are joined by “musical harbinger” (Pitchfork) Naeem and his daring, impressionistic music for an evening of sonic exploration by two visionary creators. As mutual admirers of each other’s work (with Philadelphia roots in common), Cooper and Naeem share a program of boundless, transfixing new music from their singular minds.

Ensemble Terrain is a new music supergroup consisting of vocalists Theo Bleckmann and Jodie Landau, cellist Ashley Bathgate, and composer/producer Jacob Cooper, which formed following the release of Cooper’s album Terrain (New Amsterdam Records, 2020). Pitchfork described their “magnetic meditations on time” as “vital and compulsive… firmly rooted both in the distant past and music much closer to the present” and San Francisco Classical Voice called the work “a beautiful way to look at sky when sky is not available.” Their set centers on music from the album (NYC premiere) and will also include surprise arrangements to be announced.

Naeem Juwan (NAEEM) is a songwriter and electronic soul artist from Baltimore, now based in Los Angeles. NAEEM’s “Minneapolis period” (2017-2019) was artistically formative, and supported the development of his critically lauded 2020 release Startisha, “a spacious, sonically curious record that sees him exploring new emotional and sonic ground” (Interview Magazine)… “an epiphany” (Rolling Stone). His latest offering, How Can We Lose When We’re So Sincere, is a collection of cover songs paying homage to the revolutionary musicians of Minneapolis such as Prince, Andre Simon, Fog and Justin Vernon.