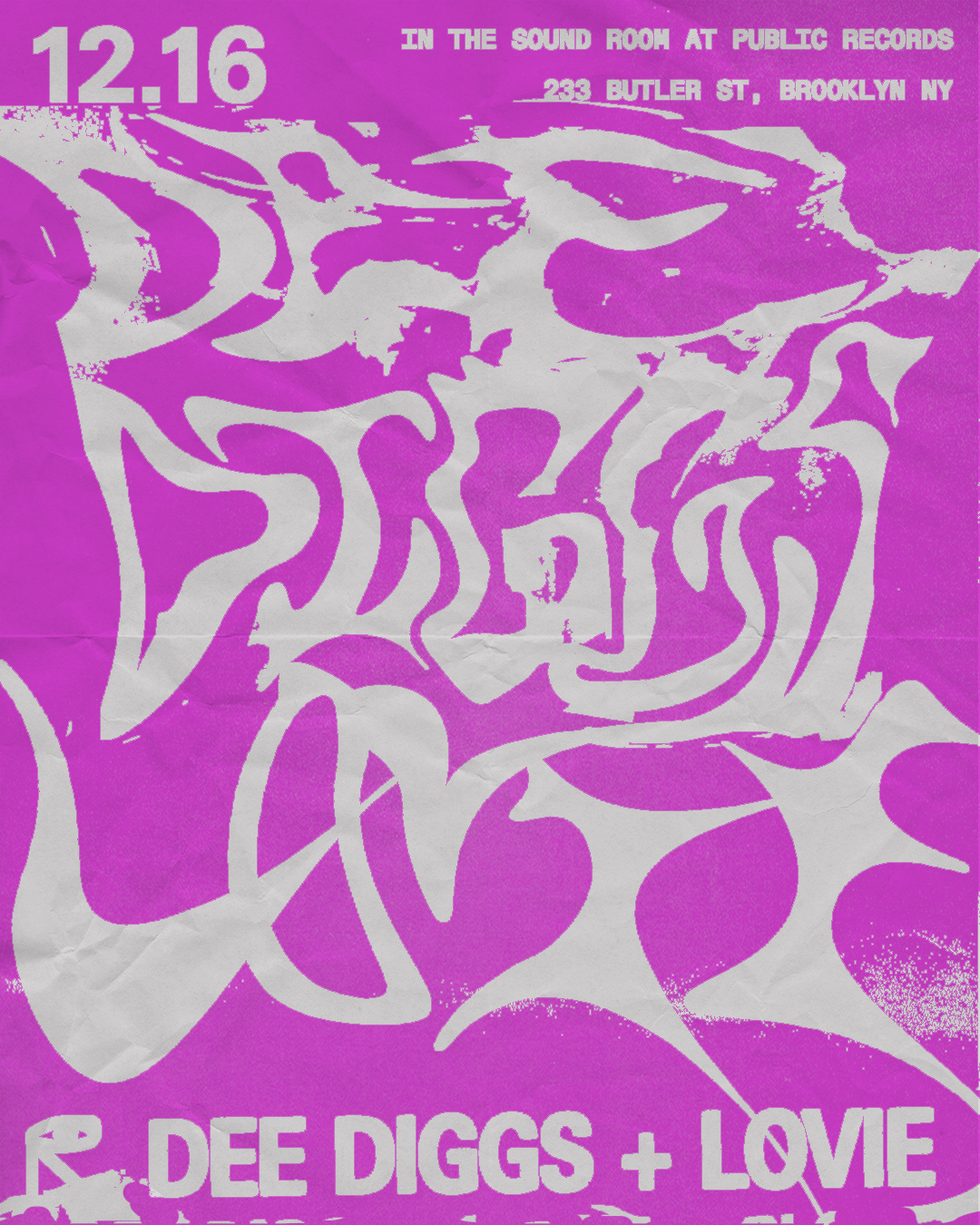 Following back-to-back summer & autumn tours across Europe and North America, with appearances at Dekmantel, CSD Klubnacht at Berghain, SF’s Public Works, London’s Phonox, and many more, PR resident Dee Diggs is back at home base and ready to house ya body down with an extended 4 hour set in the Sound Room. Her sound has been evolving: leaning more into that Disco fever, employing pumping tribal house-influenced instrumentals, and indulging in the progressive b-sides and remixes of the soaring vocal tracks and diva house selections she is known for. It’s been a while since her takeover of the property during our PRIDE weekend in June, so we’re excited to have her at the helm again to rock the rotary and close out the year.

As an opener and the perfect candidate to create a warm atmosphere for the first 2 hours, Dee has chosen Lovie, a talented selector who ‘curates music for the heart’. Her prophetic and poetic style of mixing soul, disco, and house can be heard on her Lot Radio residency called  Summer School Radio (archived on soundcloud) or her meticulously curated Spotify playlist called Lovie’s World. She’s also a resident DJ of Coloring Lessons. Intuition conveys that Lovie will bring a soul-stirring set forward for her Sound Room debut!

Come early and stay late for a night of rapturous dance.

We gather to tune in, not tune out, so share space accordingly.

Bring a good vibe and extended it on, and you’ll leave inspired!