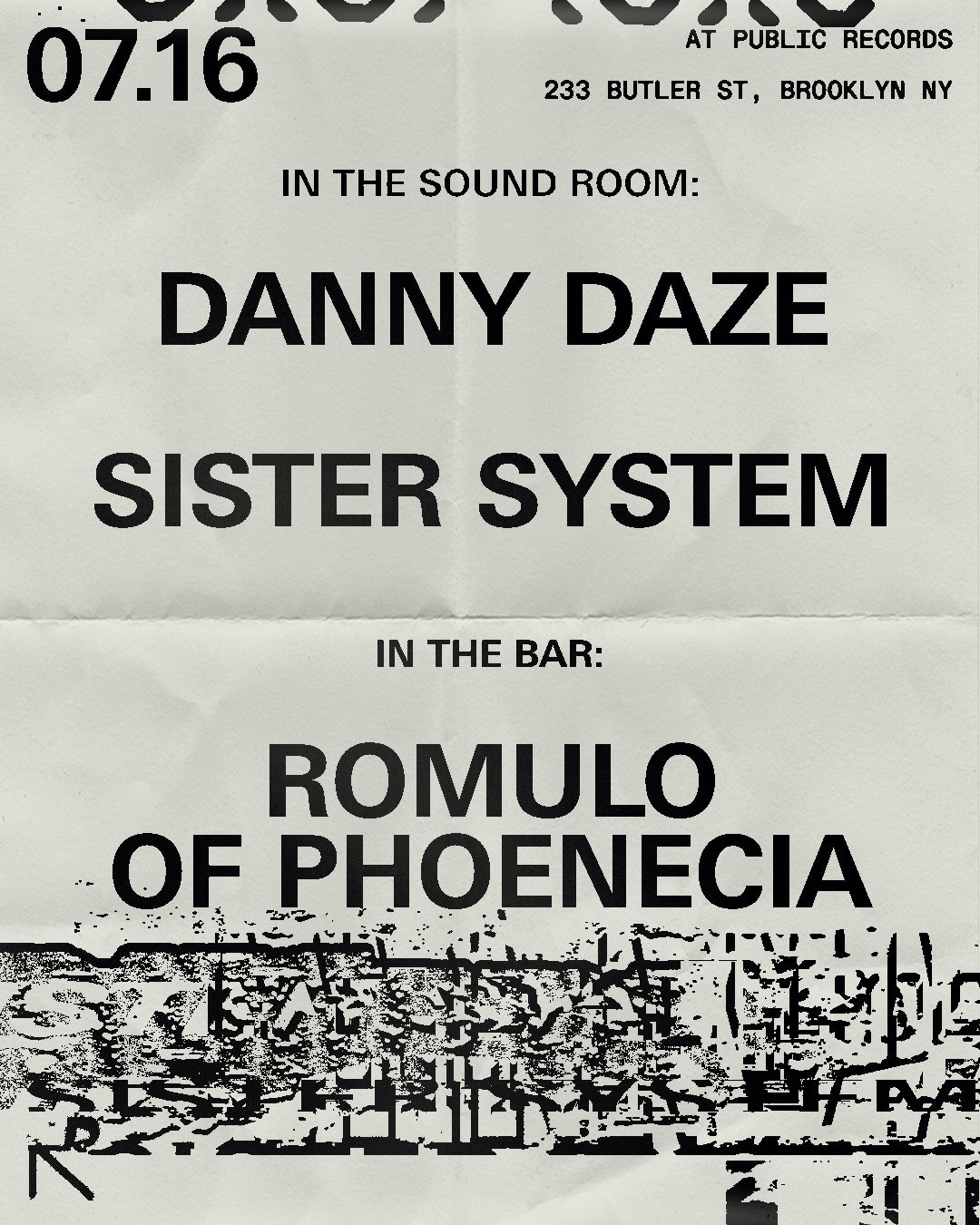 Growing up deep in the mix of classic electro and Miami bass and from their developing a love for Dutch electro and Detroit techno, Miami’s Danny Daze has always followed the rabbit down the hole. At the young age of 14 Daniel Gomez adopted his Danny Daze moniker and began playing out. This sense of adventure and daring comes across in his sets where he’s known for hairpin turns on the decks, ripping from techno to electro to italo to bass to somewhere you never saw coming. Daze promises to bring the heat to The Sound Room. Assisting Danny on the thermostat is fellow Miamian, deck-daredevil and manager Daze’s label Omnidisc, Sister System. In the bar is Romulo Of Phoenecia.