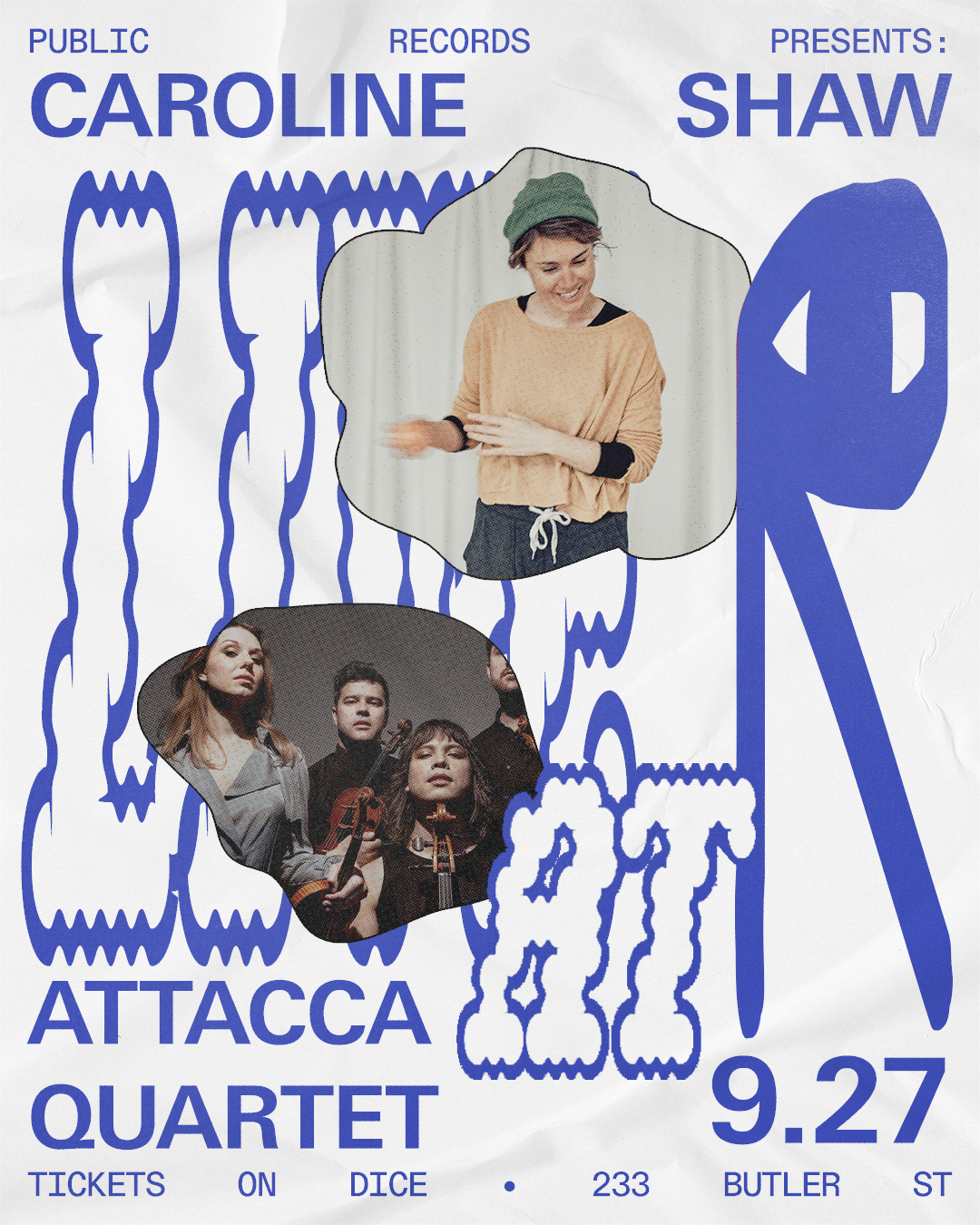 Caroline Shaw is a musician who moves among roles, genres, and mediums, trying to imagine a world of sound that has never been heard before but has always existed. She is the youngest recipient of the Pulitzer Prize in Music for Partita for 8 Voices (Roomful of Teeth), and she works often in collaboration with others, as producer, composer, violinist, and vocalist. 2022 will see the release of work with Rosalía (on upcoming album MOTOMAMI), the score to Josephine Decker’s film The Sky Is Everywhere (A24/Apple), the premiere of Justin Peck’s Partita with NY City Ballet, the premiere of the new stage work LIFE with Gandini Juggling and the Merce Cunningham Trust and much more.

Grammy award-winning Attacca Quartet, as described by The Nation, “lives in the present aesthetically, without rejecting the virtues of the musical past”, and it is this dexterity to glide between the music of the 18th through to 21st century living composer’s repertoire that has placed them as one of the most versatile and outstanding ensembles of the moment – a quartet for modern times.