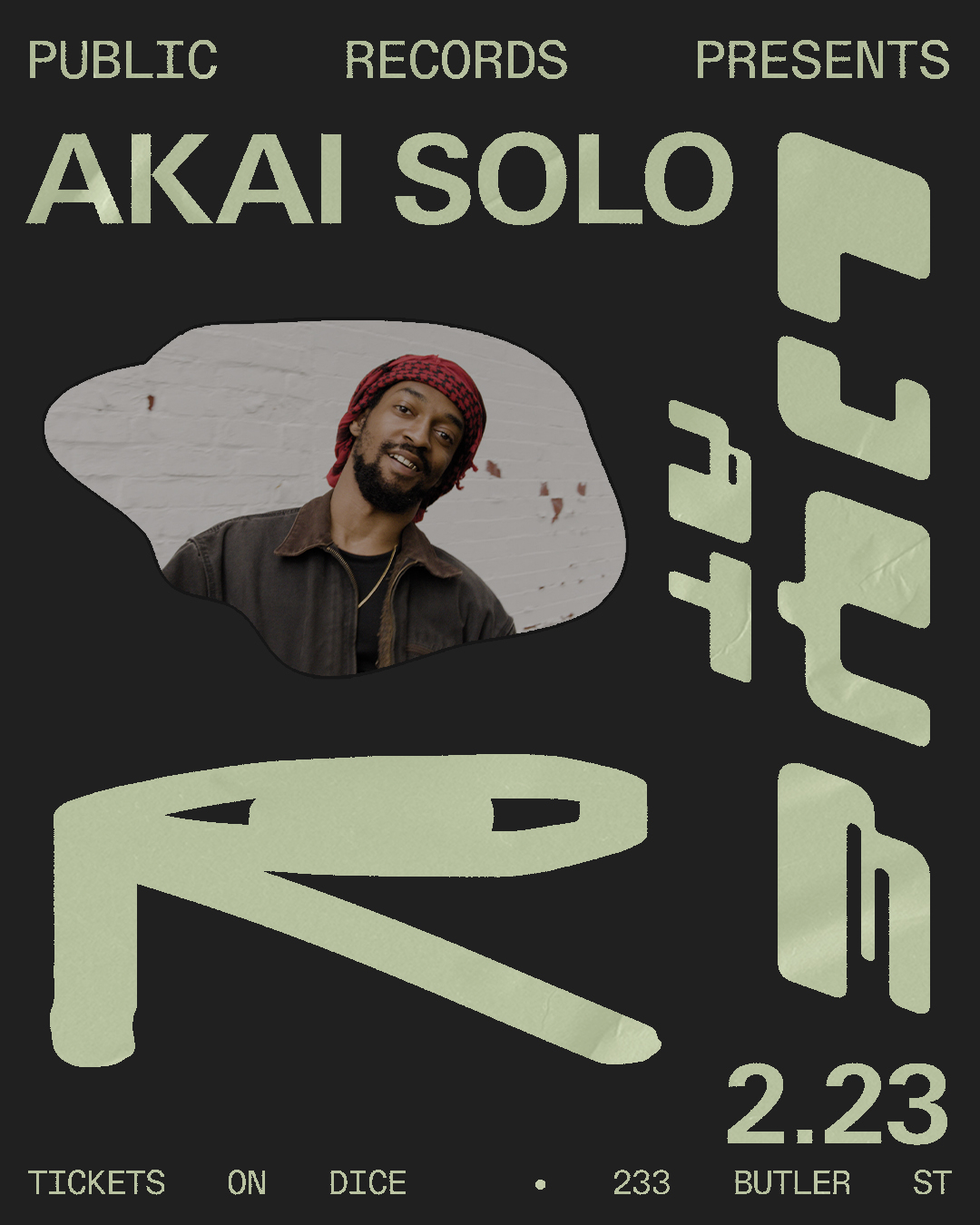 02/23/2023 - 7:30 pm - Sound Room
AKAI SOLO
Working amidst a renaissance in NYC indie rap, AKAI is both part of that wave + a man apart. He has always navigated his own course + we're thrilled that he's landed here in The Sound Room.
TICKETS

“Spirit Roaming builds toward a seemingly impossible question to answer: How does one trudge through life in the face of mounting external pressure? That query grounds this album, driving AKAI’s ongoing search for the fundamental theories that help him stay alive. The result is a thrilling scavenger hunt, one that reminds us of the small miracle that is survival. ” – Pitchfork

Working amidst a renaissance in NYC indie rap, AKAI is both part of that wave and a man apart. The 27-year-old Brooklyn native has collaborated extensively with many of the scene’s stalwarts (including Pink Siifu, Armand Hammer, Navy Blue), but, true to his name, has always navigated his own course.