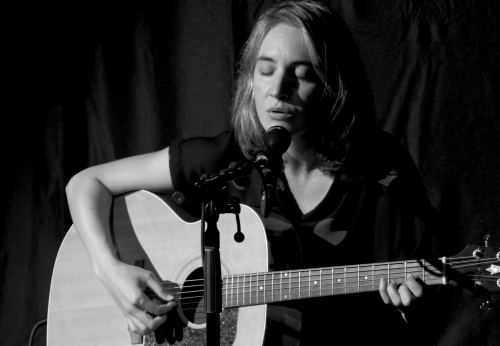 Myriam Gendron
Born in Ottawa in 1988 and raised between the province of Quebec, Washington D.C. and Paris, Myriam Gendron settled in Montreal at the age of sixteen, where she currently makes her living as a book dealer.

In 2014, she released Not So Deep As A Well, a nine-track album made from poems by Dorothy Parker that she set to music. The critically-acclaimed record, released by Feeding Tube Records and Mama Bird Recording Co., was picked for many best-of-the-year lists. Richard Meltzer wrote that Not So Deep As A Well, “is the hottest—and FINEST!—Impossible Love collection in, I dunno, 30 years.”

Bridget St John is an English singer-songwriter and guitarist, best known for the three albums she recorded between 1969 and 1972 for John Peel’s Dandelion record label. Peel produced her debut album Ask Me No Questions. She also recorded a large number of BBC Radio and Peel sessions and toured regularly on the British college and festival circuit. St John appeared at leading folk venues in the U.K., along with other folk and pop luminaries of the time such as Nick Drake, Paul Simon, and David Bowie, among others. In 1974 she was voted fifth most popular female singer in that year’s Melody Maker readers poll. Blessed with a rich, husky vocal style, she is also an accomplished guitar player who credits John Martyn and Michael Chapman as her “musical brothers”. St John grew up in a musical household where her mother and sisters were all accomplished pianists. She took piano lessons at her mother’s behest, but she didn’t get along with her teacher and quit when she was 11. After studying the viola for two years and then the trumpet for two years, St John bought a guitar with 20 pounds her grandmother gave her shortly before she finished high school. Her first performances were at Sheffield University in 1964-5, and her very first “proper gig” was at a pub in Rotherham. In 1967 St John spent 3 months in Aix-en-Provence as part of her French studies. During this period she met American singer-songwriter Robin Frederick.