Francis Harris got an exclusive chat with the Denmark's SAFE crew.

Hailing from Århus, Denmark, SAFE Recordings presented a night with producers C.K + Central and Manmade Dj for a night of the deepest of deep rhythms + grooves. 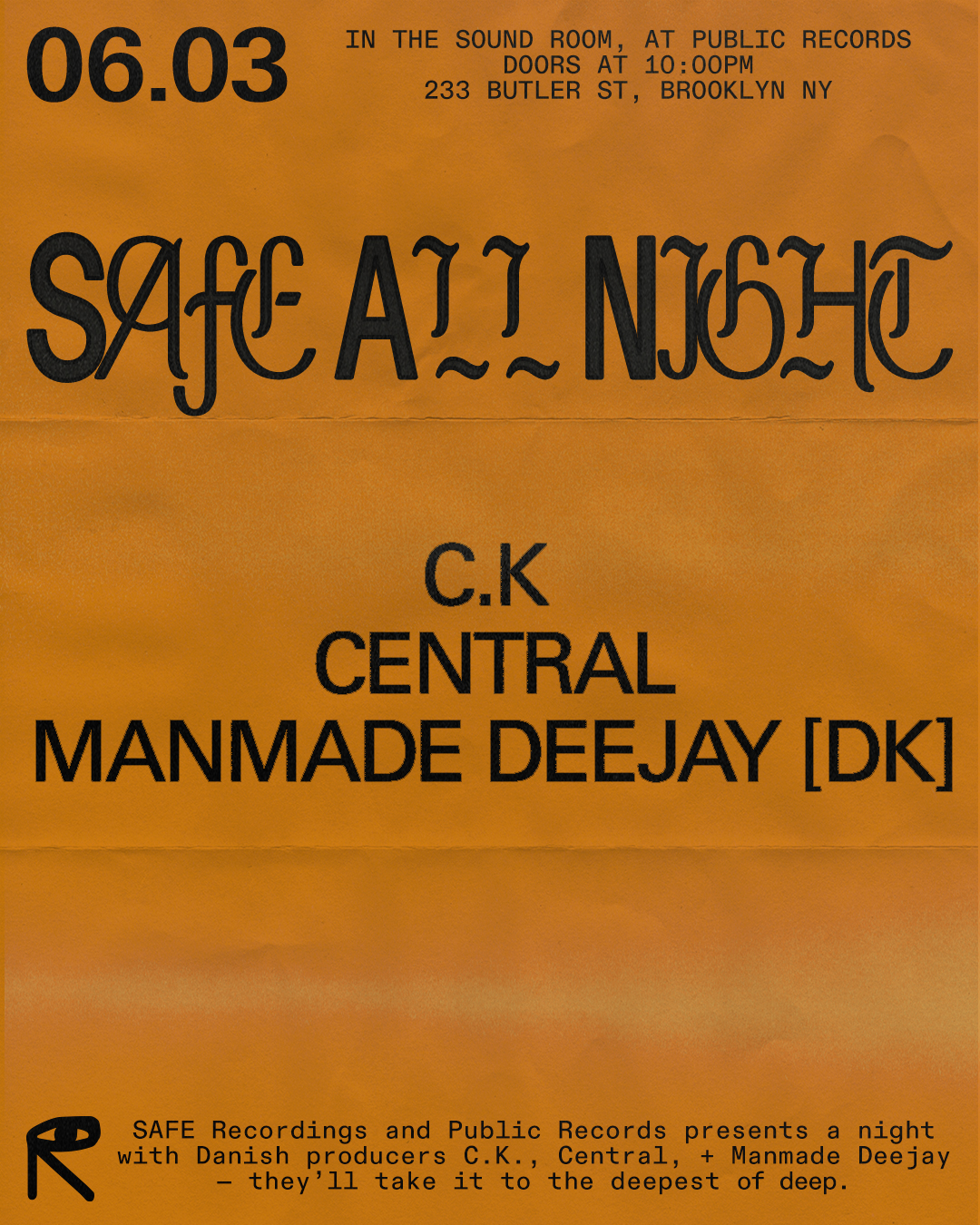 Can you tell me a little bit how you all met and started collaborating? From an outsider, the vibe, sound and feel has the warmth of friendship. For me as a DJ and a producer, there is this thread that runs through and connects all your music.

It’s hard to pinpoint exactly when our relationships began and the scene was quite small. In the early days of Regelbau we’d meet up and play records and chat about production. Milán and Mathias went to high school together, Chris was a resident at parties we’d go to. And Chris released a record by Natal early on Nord that he co-ran. From that point friendships emerged. We’d work together on collaborations and influence each other by that we suppose. So perhaps our friendship shines through and gives you that vibe. Perhaps it’s friendship combined with being on the apex of a rich and rewarding history of electronic music too.

Since I was turned on to Regelbau, there have been a lot of other side projects, labels etc. How do you contextualize the music? Do you feel the labels all have their own sound? If so, can you let perhaps a new listener know the labels and the vibe associated with them? I’m a particularly big fan of 2BC and Help but I’m a sucker for especially the ultra deep cuts of the 2 bit crew.

The labels aren’t conceptualized to us we suppose. We just curate releases based on any ideas that pop up and we like it when it’s not too straight forward. But to be clear, some are run by different people: 2BC is run by C.K and Optic. Help by Milán and Natal. These were the first ones. Later on came No Hands, Regelbau and so forth.

What’s the music and art scene like in Aarhus? Are you still doing parties there?

Frankly we don’t know about the art scene and only glimpse into the music scene. We don’t feel we know enough to give a statement about the state of those scenes. Perhaps it’s due to the pandemic loosening its grip, but there seems to be quite a lot of stuff going on and new initiatives pop up fairly frequently. We still host parties but then we’d have to tell you about our spot Super.

It’s been a couple of years since we tried to do this before back in 2020. What have you all been up to these past few years and what’s next?

For the past year we’ve been co-running this multipurpose space, Super, that functions as a bar, café, record shop and “school” as well as functioning as a club, radio and venue for live music. It’s a completely volunteer driven space with about 16 individuals involved at the moment. In short we try to create nightlife in a more just and norm-critical manner. A long period of renovating the space was followed by a period of getting to know the actual running and managing of the space. That’s where we’re at.

We’re expecting the place to evolve further and are excited to see what that progression entails. Other than that we’re working on music, learning about the world and trying to be responsible adults 😉

If you are introducing new listeners to your music, can you pick 3-4 records from the catalog that best represent your collective vision?

(Natal:) A personal favorite is Strange Worries by Maizena, it’s not so clubby but it’s a highlight on my list

(Mathias:) 2BC03. I think everybody should hear that bassline.

(Natal again:) RB04. Titlewise it has a bit of everything. One Two Mix is named after a Haribo blend and Sunrise Sunset is actually named after a café in Bushwick. Midtby is our “Århus-way” of saying citycenter.

(Chris:) I am quite happy with RB10 – in my opinion a very functional record that we released as Maizena on Regelbau. It’s a fourtracker with everything; A downtempo cut for the beginning of the night, two tracks that get the party going and then the fast paced tune for the later hours.