In Conversation with Dee Diggs

The PR resident talks about her residency and the importance of community in the scene.

Ahead of her set w/ Suze Ijo, we caught up with Sound Room resident and Brooklyn club icon Dee Diggs at 233. 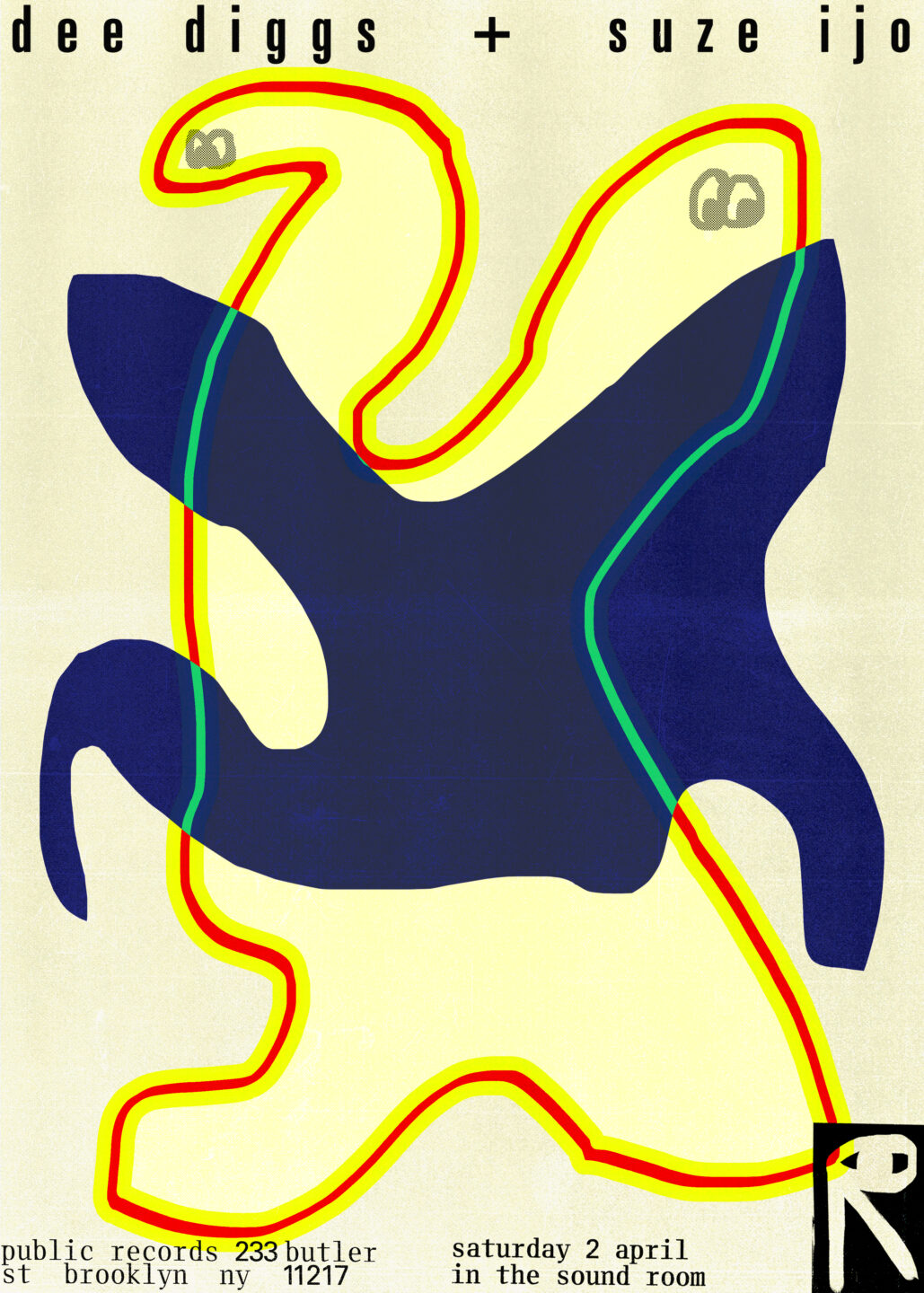 Since the Sound Room reopened, PR has made sure that DJ residencies are an important part of its programming.  How does being a resident in the space shape the way you think about a set?

I feel like I’m way more focused on what exactly I want the night to sound like. The space is mine, in a way, so I have a specific idea of directions I want to go in. For this set, I definitely want the night to feel like a conversation between me and [Suze]. So that is something that I want to be very explicit about putting into words for each event. For example when we did strictly disco + disco-edits for the first three hours in January — that was really fun. And a lot of people responded really well to that, and that showed me that a constraint — or maybe more of a creative prompt — can posit to the DJs and audience what to expect and be really exciting.

In a city like New York there’s a lot going on, and that’s amazing but it can be a lot to take in when planning a night out. We’re living in post-genre times and no one wants to define their DJ set as one thing, but it’s still nice to give a clue to the audience about what to expect. So the dancers can be like; I’m going to this club, I know I might hear Donna Summer, and I know I love hearing that, so that’s where I want to be at 11:00PM.

Do you remember what it was like the first time that you ever walked into The Sound Room?

That’s actually really funny that you ask that. I was scrolling through my phone today and I found a video from my first set here — I think October 2019. I just remember being really excited about the sonics of this room. Knowing that you guys have this amazing rotary mixer; I was just getting into playing on rotary/analog DJ mixers and hi-fi sound at the time. I also have a video of the moment I played the ball drop set at New Years 2020. Its me DJing and all these colorful balloons dropping and euphoric hands clapping everywhere. It’s this last euphoric moment before three months later everything shut down. It feels like a scene from a movie rather than my real life.

Do you use the rotary mixer during your sets here?

I do! And  I encourage my guests to use them as well. I try to time artist dinners so that we can get in here and do a little tutorial. It’s literally the most finely tuned rotary mixer I’ve ever seen or played on. I was telling Suze — who traveled here by plane and is going to Brazil next week, so didn’t bring a lot of vinyl; but has been shopping in NYC — she was like maybe I’ll bring some vinyl, maybe I won’t.

And I was like no you definitely need to, this room was calibrated especially for vinyl. There are vinyl that I bring here to every residency set because I hear it in a completely different way. I leave here being like, I’ve never heard that record in that way! Even though [the house mixer] looks like rocket science at first, I feel like once people get into it, it feels really cool and impressive to be able to rock the room on this thing.

Suze Ijo might be new to some folks in the Sound Room — how did you two meet? Have you played a set together in person before?

Suze got in from the Netherlands last week and I saw her for one dinner and then I had to go to Miami — I’m in my workaholic era clearly [laughs].

We first met at Dekmantel in 2019, and later that year, we first played together at this club called Mono where she is from in Rotterdam. It’s been a very organic friendship, and I would say that what has stood out to me is that she just has a really good ear for songs that are soulful, deep, and expressive. We like a lot of the same genres, but she has her own taste and her own way of hearing things.

The patience with which she mixes as well— I’ve gotten to see her play more chill sets and at more peak times, and I’m always impressed by her range. Even if we weren’t friends I would be like, who the hell is this chick djing right now! I need to know!

What are those records that you always pack for the Sound Room!

Well I have been buying a lot of vinyl [laughs]. But I do really love this one track — I’ve been playing it everywhere this year, so it will probably not be a surprise to anyone who’s seen me play in the past couple months — “Lovin Is Really My Game” by Brainstorm. I wholeheartedly love that record. It’s like 140 BPM, soul funk disco, just an explosion of emotion. It’s so beautiful and I get so enraptured with joy every time I get to hear it on an amazing system — it really takes me there, to the special place of reverence that only a good record and good sonics can reach! I get that “soul satisfaction” as Belitta Woods sings this song.