The pair sat down and answered some questions from PR's Braden Wells ahead of their respective Sound Room debuts.

Sam Wilkes + Time Wharp make their respective Sound Room debuts [Sat 8.06] for an evening of spaced-out jazz and high vibrational kosmische compositions. Los Angeles-based composer, producer, and multi-instrumentalist Sam Wilkes makes fluid, meditative jazz filled with ambient and even psychedelic textures. Opening the evening with a live set is Time Wharp, the Brooklyn-based producer who explores duality through dance music that combines meditative synthesis with house and techno. The pair sat down and answered some questions from PR’s Braden Wells ahead of Saturday. 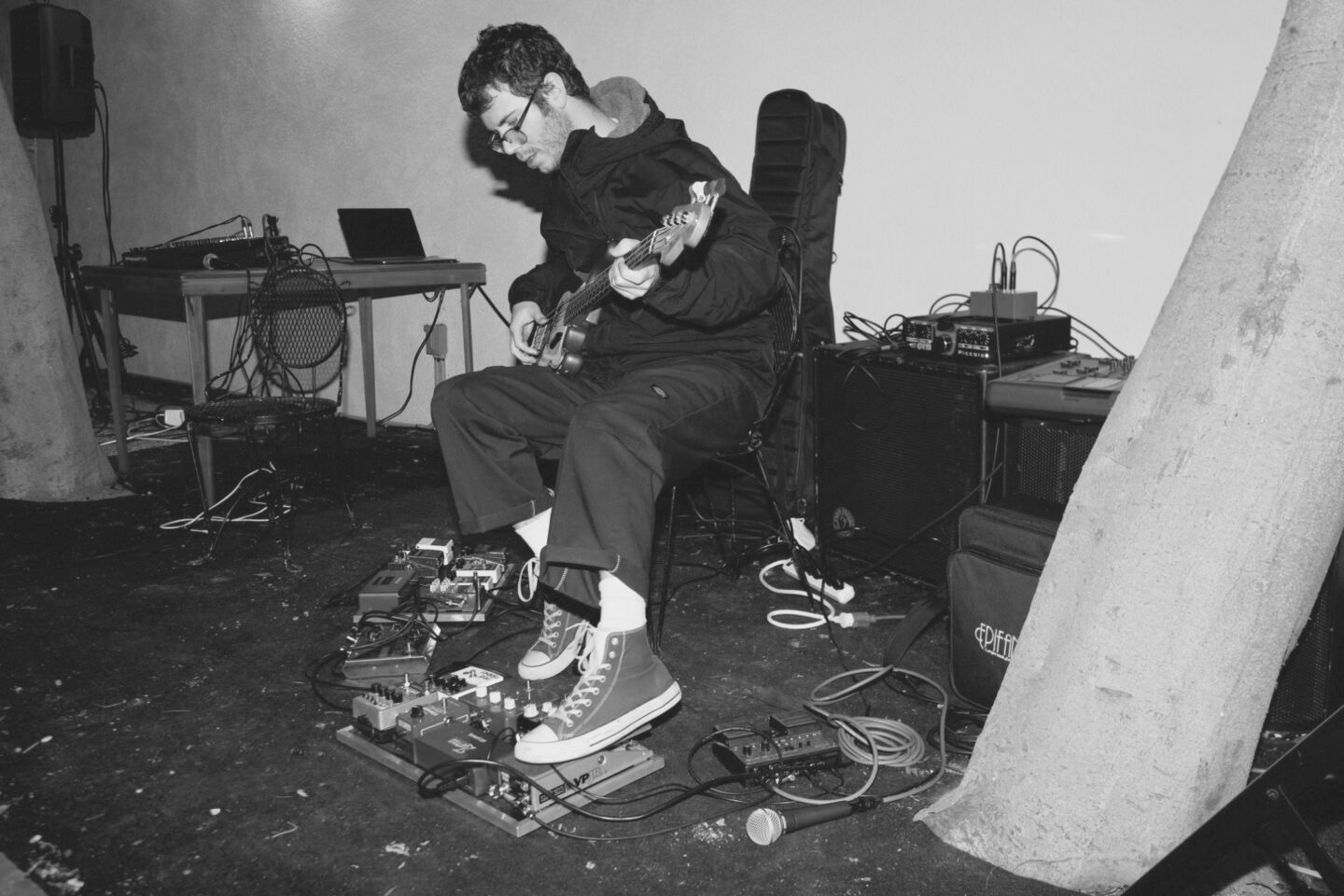 How does your solo work depart from your work with longtime collaborator Sam Gendel?

You cite Phish and The Grateful Dead as early influences — how do they influence your approach to jazz?

Both groups created a pathway for a deep love of improvisation to flourish within me at a very young age. What a gift.

Since March 2020, I do the show at home, in one go. Usually it’s done very late at night on my laptop, in Logic, the night before. The rotating/consistent concepts for the selections are :

-what i’ve been listening to that month

-what i want to listen to in that moment

-historical, social/communal, anecdotal, and inspirational context between the initial selections

-on certain occasions, sections of the hour are based around a certain artist/friends/peers’ inspirations or favorite music

What do you think of the state of jazz today?

I’ve been listening to Taj Mahal’s “De Ole Folks at Home” and the Bach piece “Sleeper’s Wake” on repeat today, so I don’t really know.

What can we expect from your Sound Room performance with Leaving Records affiliate Time Wharp on support?

I find all Time Wharp’s music really grooving, even when it’s open and orchestrated for more of a chamber ensemble; great feel. I don’t know what Kaye has in store, but I have a feeling that it will be deep and grooving. I’m going to play some dynamic music with some good friends and incredible musicians: Craig Weinrib on drums and guitar, Will Graefe on guitars, and Aidan Lombard on trumpet, keyboards, and guitar. New tunes and arrangements as well, the bass guitar will be featured in a broader context than usual at this performance. 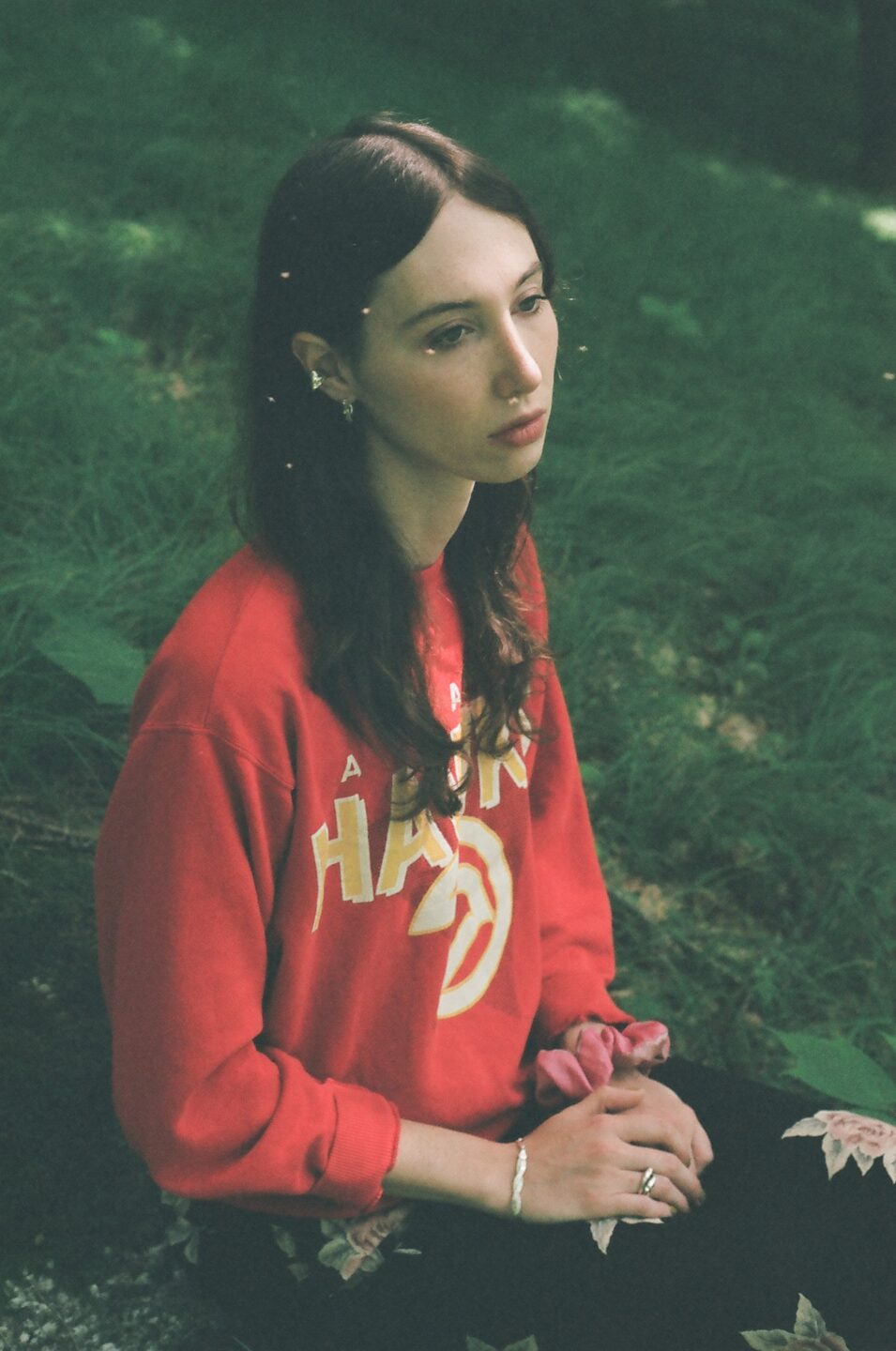 Tell us about your latest release ‘Spiro World’. How did the album come into the world?

Time Wharp: I’ve put out a couple records in-between, but Spiro World to me feels closer to a loose follow-up to the 2015 self-titled LP. Some of these tracks started as far back as 2014 and were barely touched until recently, with other stuff written in 2019 and 2020. For a couple years I was having big-picture issues with navigating how I related to scenes & the persona of the musician, especially online, so this feels like coming out of a hibernation of sorts. One big thing that pushed me was seeing Terry Riley’s Live at 85 performances at Pioneer Works in late 2019, specifically the Mandala Miniatures with a saxophone quartet, as well as his performance with John Zorn. It was one of the most inspiring things I’ve ever seen, and when lockdown started in 2020 and everyone’s creative juices started flowing, a lot of the woodwind compositions you hear on the record came into being. It wasn’t a “quarantine album”, but that was definitely a period of tying up loose ends with demos and connecting dots. I was also processing and interpreting some really profound health experiences I had over those last couple years, and I also wanted to reference and honor the downtown NYC scene of the 70s & 80s. All of these factors ended up in the album soup – this record feels like a level-up or checkpoint of sorts.

This record has a sound that leans into komische and krautrock, which feels like a departure from your earlier work that has house and techno influence. Do you still draw influence from these genres, or has your perspective shifted?

All of the above! I’ve definitely explored a lot of new genres & feel really enriched and inspired by the kosmische stuff, but I don’t consider myself any kind of scholar of it, and I don’t see that love as separate from my love of dance music. Both styles feel very much tied to the pulse in ways that purely “ambient” music doesn’t. That’s something I think is present in Spiro World as well, even on the drumless tracks. I don’t think I could have made this record without the kind of rhythmic workouts I’ve done in dance music. It’s all there! I’m not as studiously caught up in the day-to-day of the house and techno scenes as I was in the last decade, but I remain a fan and listener of all the major players, & I still love DJing! The “ambient” tag can be a really strong label that gets pinned on an artist – I feel like that’s followed me around for a couple years, and it can be challenging to try to show every side of yourself. I’m trying to DJ more again recently, so consider this me officially spreading the word (maybe even at PR sometime!). Spiro World was also originally a little longer, and had a few more dance-forward and drum-heavy tracks on it. A few of those ended up on the 10 Year Warranty & Ingenue EPs in 2021, and I consider those b-sides of this same big project.

What is your creative process? In the genesis of creating a song, where do you begin?

If I’m working alone, most of the time I’m starting in Ableton Live. I’m a big user of the Session (grid) view, so I’ll make some loops, either on keys, guitar, drum machine, and just kind of go from there. I think it’s led me to make more loop- or cycle-based music, but it works great for me. A lot of it is MIDI & in-the-box, or direct-in guitar – I like working very digitally because everything feels more malleable – I’d rather edit a couple sloppy notes than re-do a whole take. About half the time I’m just doing a longform improvised take of one instrument and building from there, either by myself or in the studio with a group I assemble. “Tezeta” and the title track on Spiro World both started as keyboard improvisations and those takes are still in the final track.

What can we expect from your Sound Room performance?

Lots of delay. Keys & a red guitar with a purple strap. Some album tracks, some rhythmic jammer shredder freeform stuff. A couple jokes. A special surprise. A 2015 MacBook Pro. A dorade with string beans, some kind of watermelon cocktail, chicory salad, and a floral but smooth digestif to finish. I will probably ask if everyone is ready or excited to see Sam.

Tickets for Sam Wilkes + Time Wharp sold out on Dice with a few remaining on RA.